IWSG, A Dog, and A Time Traveler

FREEBIES BELOW!!! (Including an amazing one from Meradeth Houston. Read on...) 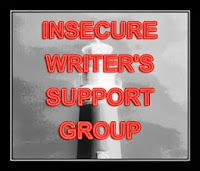 The first week of school is over. Those of us still breathing are wondering how we'll survive week 2. Then there's the day job. The laundry. The dishes. The never-ending list of doom that threatens to swallow you whole before you ever type a single word.

So WHEN do you get to your writing (or current project), and how to you manage to have enough energy/brain power to actually get something done?

I suggest one little word: routine.

We are creatures of habit and pattern. If something is important, it will fit into our schedule because it will be part of our schedule. Not saying it works out perfectly every day, but effort over time=accomplishment.


AND NOW HOW ABOUT SOME FREEBIES?﻿ 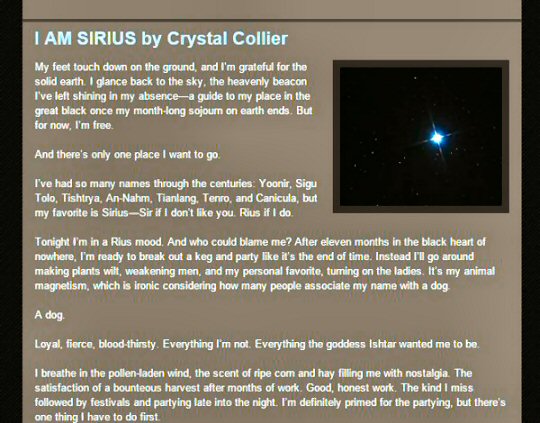 Read the rest HERE. (And leave some comment love, eh?)

And how about if we give away some awesomeness?

Two weeks ago Melissa Maygrove shared with us Precious Atonement, along with two truths and a lie. Those who guessed the lie correctly were entered into a random drawing for the chance to win her signed paperback or eBook!
Melissa's Game:

1. Melissa once met astronaut Alan Shepard.
2. She loves pan-fried cabbage.
3. She's been present at the birth of triplets, twice!

THE LIE: #3. Melissa has been present at the birth of triplets only once. Multiples greater than twins are rarely born in hospitals that don't have high level NICUs. It was a special occasion for her. :)
Way to guess everyone! And the winner is:
...DRUM ROLL...
Tyrean Martinsen!!!
Congrats, Tyrean!
And now for this week's feature... 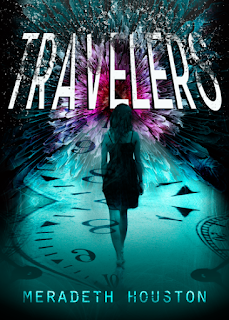 Sienna Crenshaw knows the rules: 1) no time traveling beyond your natural lifetime, 2) no screwing with death, and 3) no changing the past. Ever. Sienna doesn’t love being stuck in the present, but she’s not the type to to break the rules. That is, she wasn’t the type until her best friend broke every one of those rules to keep Henry, her twin brother and Sienna’s ex-boyfriend, alive.
Suddenly, Sienna is caught in an unfamiliar reality. The upside? Henry is still alive. The downside? Sienna’s old life, including the people in it, has been erased. Now, Sienna and Henry must untangle the giant knot in time, or her parents and all the rest of the Travelers, will be lost forever. One problem: the only way to be successful is for Henry to die.


Get your copy HERE.
Ready to meet the author?

Meradeth's never been a big fan of talking about herself, but if you really want to know, here are some random tidbits about her:
>She's a Northern California girl who now braves the cold winters in Montana.
>When she's not writing, she's sequencing dead people's DNA.
>She’s also an anthropology professor and loves getting people interested in studying humans.
>If she could have a super-power, it would totally be flying. Which is a little strange, because she's terrified of heights.
Lately she has been obsessed with gorgonzola and gnocchi, with a little pesto. Perfection!


Meradeth gave me two truths and one lie to test your "lie detector" skills. Those who figure out the lie will go into my magic hat for the chance to win an eBook of ANY of her books.

You have until Tuesday, September 8 at 1 p.m. EDT to guess. Be sure to come back for the answers on September 9.
TRUTH OR LIE


1. The only continent Meradeth has yet to make it to is Antarctica (and considering she hates the cold, that’s not high on her list! :).
2. She was fluent in Spanish long before English and actually didn’t learn to read in English until second grade.
3. Her family ran an animal rescue ranch while she was growing up and it was an odd week when there wasn’t something being raised or nursed back to health in their kitchen (everything from emu, to ferrets, to desert tortoises).


So sleuths, which is the lie?  How do you structure your project time? Did you check out the Dog Star story? Which one of Meradeth's books looks the most enticing to you? (I've read two of them and enjoyed both.)
Posted by Crystal Collier at 8:00 AM