True Heroes A to Z: S, a Martyr 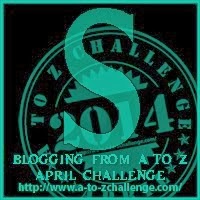 mith, Joseph. There has been good and evil spoken of this single individual throughout the world, a man who died at the age of 38, a man who should have proven so insignificant that no one bothered noticing him.

What is it that made Joseph stand out in history? The claim of having seen a vision? That wasn't uncommon. It should have been ignored. He was encouraged to deny it and people went out of their way to tease or mock him--a 14 year old boy who said he had seen God.

But Joseph didn't deny it. Ever.

When he was led by revelation to an ancient book written on metal pages (gold actually) and hidden in a hillside, people mocked him more, but made several attempts to steal the book. A professor in New York refused to verify the authenticity of reformed Egyptian script copied from the book, and the translation Joseph had produced, because he said angels did not appear to men. Other experts did verify both the characters and translation.

From a young man who had never obtained more than a 3rd grade education.

He started a church that has become one of the greatest charitable organizations in the world, and he was martyred at the age of 38 while being held on false accusations in a prison, in the "land of the free," for his beliefs. A mayor and church leader, murdered by a mob.

Joseph sealed his life's mission and testimony with his death.

And yet the church he started lives on. The Church of Jesus Christ of Latter Day Saints, known as the Mormons (after the author of the ancient book Joseph translated), has thrived and become the fastest growing religion in American history. So I put this before you: Joseph was either one of the smartest men to ever walk the earth, or there's something more to the church for which he, and countless others, gave everything.

A body dangled from the rafters, several inches above the dirt floor.
Alexia’s scream froze in her throat.
Soft honeydew tresses spilled loosely over thin shoulders, the child’s eyes heavily-lashed and downturned. Her cheeks were blotched, wide, and white, contrasting with vibrant crimson lips. Scarlet skirts hung about the girl, like the bleeding petals of a rose, still as death.
Alexia swallowed. A child. She couldn’t be more than thirteen. Great wide irons looped her wrists, cutting wicked lines in the little one’s skin.
It wasn’t right. Disgust bubbled through her chest. She covered her mouth and hurried down the steps, anxious to rescue the body, or at least lay it to rest.
The girl’s eyes turned up. Brown, chocolate, swirling.
Alexia tumbled back. She thunked into the stairs and landed on her rump. Hard. She sucked in a breath. The little face watched her, expressionless, innocent, beautiful. Her stomach twisted. No one should be that perfect—not even in death.

What are your feelings on religion? Do you believe in God, in prophets, in revelation? Do you think it's possible to receive personal "revelation" or guidance from a higher power?
Posted by Crystal Collier at 8:00 AM