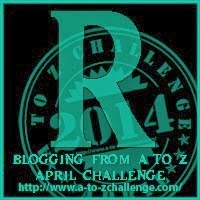 andy Hicken, AKA, Radical Red Randal. I cringe when people are awkward around special needs kids. I've had the privilege to work with a number of them, and yes, it can be difficult to interpret their behavior initially, but these are the most loving, precious people you will meet.

One of them was my brother.

People ask me occasionally why I have such a love for CHEESE. Well, it's not all about food. Cheese is family culture primarily because of my older brother, whose grin was so huge it could only be described as the true definition of cheese. Oh, and cheese was his favorite food. We'd often catch him in the kitchen slicing a 1/2 lb wedge of cheese off the block to munch on. 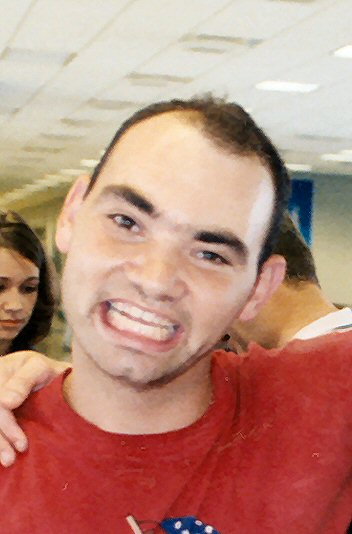 Yes, Randy had special needs. He drooled most his growing up--like he should have worn a "beware of slobber" sign--and he was occasionally forceful, but the thing that set him apart was how much he loved everyone.

You were Randy's friend. You couldn't not be. He'd ask your name, shake your hand, and forever thereafter he'd introduce you like this: "This is Crystal, my friend."

Randy's natural optimism never got old--like Olaf the snowman. He was a ray of sunshine.

He passed away at the age of 30, and I can't go a single day without thinking of him, without wanting to be like him. The cheese is Randy's legacy, his reminder to me to be myself, to love everyone, and to see the good in life.

If you'd like to read a brief, and touching tribute to my brother with a few laughs and odd stories, you can read more HERE.

Alexia lowered her eyelids to keep him from witnessing the forming tears.
Kiren stepped nearer, tucked a hand up under her jaw, and pressed his lips to her brow. Warmth radiated from the connection. She accepted it, trying to be grateful for the simple reassurance that—despite his reluctance toward romance—he did care for and would protect her, even from himself.
He sucked in a breath through his nose, and forced her chin upward. His lips crashed down over hers.
Shockwaves rolled through her, her knees going limp. His arm slipped around her back, pressing her to him. His fingers tugged through her hair. She surrendered entirely to the cataclysmic torrent tearing through her body.
The only things that existed were he, she, and the storm ripping through them. She clung to him. The only reality was this—this incredible connection. She wanted him, and nothing else. She wanted this, and nothing more. She wanted him, and he wanted her!
He pushed her back, holding her arms against her sides.
Panting.
Eyes closed.
She reached for him.
He grimaced, released her, and stepped into the shadows, vanishing.

Have you been inspired by any special needs individuals? Who is the most optimistic person you know? Is there anyone in your life who has influenced you whole way of life?
Posted by Crystal Collier at 8:00 AM