True Heroes A to Z: Paul 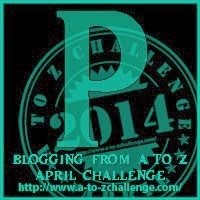 aul, as in break out your bible. One of the better chronicled members of the church established under Christ in the New Testament, Paul was a missionary to the end. When I think of his account, I see a fiery-eyed man who believes in his cause with all his heart and fights like a hornet.

You have to keep in mind, before he joined the cause of the Christians, he was their greatest opponent, seeking their total annihilation among the Jews. He moved political powers to obtain relocation and extermination orders, and was hugely successful...until he had a vision on the road wherein he saw the Christ and was struck immobile for three days after.

From that point on, Paul went to war for the opposite cause. He defended the faith and spread the gospel until cost his very life. His final words get me every time. "I have fought a good fight, I have finished my course, I have kept the faith (2 Timothy, 4:7)."

My mom used to call me stubborn when I was young, I always insisted I was determined. I want to be like Paul--in whatever I do. I want to fight the good fight, stay my course, and leave a legacy of determination to those who follow after me.

I love it when characters battle their native circumstances, looking for something better. Alexia is a little bit like me.

“Why not send an invitation for your father’s ball?”

Maurine lifted an elegant invitation, not yet addressed. “I can scribe your father’s hand. Even he can’t tell the difference.”

Alexia dropped her book and stepped to the bureau. She slid his card from the drawer, her fingers caressing the faded ink. She must either surrender to Father’s match and accept that she would be the wife of a stranger, commit herself to a loveless marriage with a friend, or open herself to the truth and fight for an alternative.

She wanted to fight. She would not be forced into a match like Sarah’s or steal away what future happiness Rupert might know. But mostly, she needed to see him again.

Disgusted with herself, she offered the card to Maurine. “Make it a good counterfeit.”

Quick heads up, if you'd like to know what a completely unbiased third party thought of the book, check out Bruce Gargoyle's review, posted today.