True Heroes: O for Osm (Sound that Out) 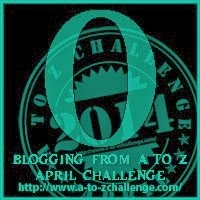 lson family, Jeffery and Julie Olson. I met these amazing people shortly after moving to NYC, but they were so important in our lives--more than they may ever know.

In 2006 my husband got a job in New York, on the border of NYC. It was one of those crazy moments where he got in the car, drove cross country, and found work. While searching for housing, he attended church. He had no idea where he was going to stay that night, and we'd mostly dried up the financial reserves. Suddenly, this lovely young lady at church asked if he needed a place to stay. Her father, Jeffery, was the District President and they often invited people to stay in their basement.

That was the beginning.

Over the next year and a half we got to know more about this amazing family, and I have to say, I've never met anyone more inspiring. Nine kids. Living on Long Island. He worked for a Catholic university, even though he was Mormon (The Church of Jesus Christ of Latter Day Saints), and frequently took trips to Rome. Julie took care of ALL OF THOSE KIDS, was involved in the community, and you couldn't help but feel her love instantly. I wanted to be exactly like her. She remembered all the little details about our conversations and was instantly invested in EVERYONE she met. Just WOW.

I remember clearly a year after we moved out of the city when she and I ran into one another. There was a big hug, some giddy jumping up and down, and excited chatter about everything that had changed in the last year. Even after we left, she continued to love us. They were the same way with everyone, and I suppose that's what impressed me the most.

I'm sure we didn't make that huge an impression on them, but in a time that was beyond turbulent for me, I was embraced by angels.

This is my week of excerpts, so I hope you like this one:

Kiren extended a hand to help her up, and she took it. Her feet were instantly below her—so quickly that she stumbled and landed against his solid form. An arm rounded her back tenderly, her legs threatening to give at the elation of his touch.

He turned in the direction of the house, pulling her forward with him, moving out of the garden and up to solid brick walls. They halted at a window, the study window. Father sat within, gazing at the portrait of Dana, fingers tracing the details.

“He gave her up.” Her attention snapped back to her breathtaking captor, inhaling his oaken tang. “He could have kept her for his own, and he gave her up.”

His eyes met hers. The azure depths broke in a myriad of lighter flecks, like stars reflected in an ocean tide. They consumed her, igniting a fire within her breast—an irrational hunger for the tremor in his arm against her back, the heat of his side against hers, the feel of his hand vacillating ever so slightly...

He released her and took a few steps back. “You need to go now.”

Have you met anyone who instantly loved and helped you? Who is it you most aspire to be like? Do you have alternate parent figures?
Posted by Crystal Collier at 8:00 AM