True Heroes A to Z: Few Men will Ever Measure up...

Quickly, Michael Di Gesu is kindly featuring MOONLESS today on his blog. Check it out! 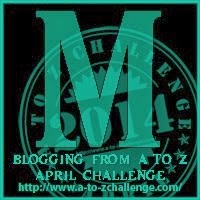 onson, Thomas. Okay, so if you don't know who this is, you really need to get to know him. Here's a man whose life has been consumed by service to others since the age of 22 when he was called as a bishop (lay service--non paid) in the Mormon church (officially called the Church of Jesus Christ of Latter Day Saints). Among the many tasks he was to carry out, 85 widows fell he under his care. He visited every single one regularly, and ended up speaking at each one's funeral over the ensuing 40 years.

He is a people person, one filled with stories who recites classics and thrives on beautiful poetry. He gives constant attention to "the one," spending many an hour at the sickbed or with downhearted families while leading a world-wide church of 15 million.

He's one of my personal heroes.

MOONLESS is only on sale at $1.99 for a short while longer. Have a taste of the awesomeness, eh?

Kiren unlatched the balcony door with a thin metal hook and slipped inside. He refastened the catch, gut twisting at the moonless sky beyond the glass. How long would his luck hold?

Alexia lay on her back, one arm lost in her dark hair, the other tucked across her chest. A foot dangled off the edge of the mattress, tempting him to slip it back beneath her blanket.

He grinned, envying her carefree abandon. Her latest read lay on the bed beside an extinguished candle. He lifted it. Fanciful words danced back at him. They too made him smile. She wanted adventure. He could supply that.

His eyes landed on the card he’d given her father and his smirk died. It had been shredded and reconstructed. His chest tightened. “Oh Alexia . . .”

Have you known anyone who inspired you to want to be better? Who is the most selfless person you know? Have you done any good in the world today?
Posted by Crystal Collier at 8:00 AM