True Heroes A to Z: L is for Forgiveness? 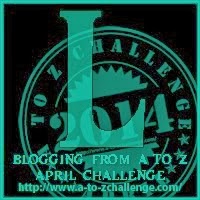 owe, Alva Johnson. This is a quiet, elderly woman most people might pass in a grocery store and think nothing of, but she is so much more. She married her husband at the age of 17, and became the wife of a very successful cattle rancher. Even during the depression, they had enough and were generous with others. She raised strong children and taught them each a stiff moral backbone.

Because of a childhood sickness, she battled deafness all her life. She served as an experimental patient in multiple procedures--many painful. She was proud that she'd be able to help pioneer hearing technology for those who would come after her, and despite her difficulties, I never heard her complain.

God had taken her hearing.

When her husband was 65, she lost him to a heart attack because of medical malpractice.

When she was 78, she was hit by garbage truck while walking, and doctors didn't think she'd walk again. She proved them wrong.

Feelings of anger can eat us up inside. They urge us to blame our lack of happiness on what we don't have, what was taken from us. Alva, "Grandma," has taught me that forgiveness is a choice. Happiness is a choice. She just keeps pressing forward, leaving behind the bad to make room for the good. She's my hero.

Time is running out. MOONLESS is on sale now for $1.99, but only for another couple weeks.

“There’s an old legend ‘bout these parts.” Their host sat his tired body down on a stool. “Dangers in the moonless night what’d make you shake in your skin.” He indicated the empty chairs across from himself and they took them willingly. “It’s said a hundred years back a wil-o’-the-wisp passed this way.”

“Oh sure,” he nodded, “only stronger. It liked our little town and settled down here. It aided people’s harvest, blessed our children with health, kept the cattle, stayed the plague.” He shifted. “A doctor on the hill housed the creature, fed it, took care of it and did its bidding on our behalf. Then one day he disappeared—he and his whole family.” He looked Alexia right in the eye. “A plague started upon us, things what appear on moonless nights and stealed away our children. There weren’t no more helps of a miraculous nature. Ones like this,” he pointed to the youth who’d saved them, “started popping up instead of the healthy pretty ones. No offense, lad.” The young man smiled a toothy grin. “It’s said the old man insulted the creature and earned its wrath. We been dealin’ with it ever since. Bein’ left to wander outdoors on a night such as this is as much a death sentence as hangin’.”

Have you been inspired by someone who was able to forgive? Do you have a grandparent you look up to? Have you dealt with deafness or other disabilities?
Posted by Crystal Collier at 8:00 AM