If you've been around here long, you know I'm AWFUL at accepting blog awards. I let them collect for months before saying anything, and so it's that magic time to do something about them. 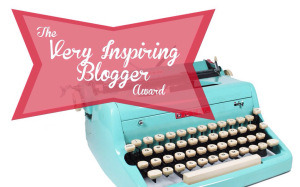 Very Inspiring Blogger Award: Thank you so much Sharon Himsl and Gina Stoneheart for nominating me! (And sorry it's taken 6 months to say that.)

Rules for the Nominees:
1. Thank the person who nominated you, and link to their blog.
2. Display the award logo.
3. Nominate 15 other bloggers (more or less) and provide a link where they may be found.
4. Go to their blog, leave a comment to let them know they have been nominated.
5. Mention three things that inspired you the most during the past few weeks. 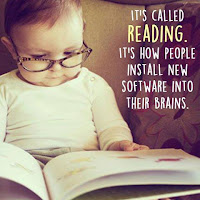 1. I'm just about to finish reading a second book to the kids for summer. We enjoyed The School for Good and Evil, and are now finishing up The Eighth Day. Both are awesome reads. It's been amazing sharing these reading adventures with my littles for so many reasons. First, to watch their reactions and really see first hand what engaging writing looks like. Second, I'm a ham. Do you know how long it's been since I had a chance to act? I really would do pretty well if I decided to become and audiobook narrator. 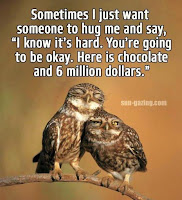 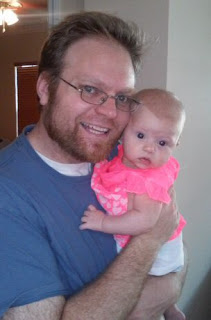 I wish I could nominate all of you, but tagging would take me a week straight, and let's face it: I have a baby. ;) Regardless, I adore you just as much as the people I nominated today. (Because you're beyond epic.)

Randi Lee--Whose optimism and kind words are like fresh air.
Krystal Jane--I'm not sure any blogger gets me laughing quite so hard. (Love you, Krystal!)
Ian AKA Botanist--Ian's deep thoughts really register with me, not to mention he put out an AMAZING Sci-fi book.
Elizabeth Seckman--If my blogging circle had a heart, Elizabeth would be it. Sweetest. Blogger. Ever.
Amy @ Involuntary Smiles--Amy has her priorities exactly where they belong. She's my hero.
Kristin Smith--I love her attitude, her sense of design, her hair. (Two thumbs WAY up.)
Jennifer Hawes--I don't know what it is, but I felt like I connected with Jennifer right away. Maybe it was the curls. Friends for life.
Robyn Campbell--Oh, Robyn. She has been through the ringer these last couple months, but she inspires me with her attitude, her friendliness, and her continued encouragement of others--despite her own struggles. You're a light, Robyn.
Liz Blocker--I love this woman. We kind of met over a disagreement (or that was my first memorable conversation with her), but Liz is the very essence of awesome, and beyond accepting. I couldn't imagine the blogosphere without her.
Sharon K. Mayhew--I think this woman has edited more people's books for free than I have hairs. She now does it professionally, but I love that she's always ready to give of herself.
Linda R. Young--A total multi-tasker, I applaud Linda. Here's a woman after my own heart.

Two weeks ago Laura Masiano shared with us SCHISM, along with two truths and a lie. Those who guessed the lie correctly were entered into a random drawing for the chance to win an eBook!

1. Laura got lost on the side of a mountain in Japan during a monsoon at night and hitchhiked back to her hotel.
2. She's eaten live octopus where the tentacles were still moving and the little suckers really do stick inside your teeth.
3. As a waitress, Shaq sat at her table and asked her advice on which concert to take his girlfriend to (Rickey Martin or Enrique Iglesias).

THE LIE: #2. Laura saw this on Amazing Race and decided she'd never do that. She'd end up losing. 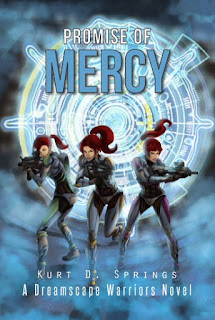 It is twenty-five years after the events of Price of Vengeance. Deirdre and her sisters have returned to their home planet of Etrusci after completing their training with the Finnian Shock Forces. Their homecoming plans are disrupted when their mother, High Priestess Celinia, and other leaders of the clergy are taken hostage, and their father, Colonel Liam O’Connor, disappears. In their desperate search for their father, they discover that the Rebellion is secretly building weapons that could end civilization as they know it.

Meanwhile, Liam has been befriended by a Rebel war criminal, a woman Deirdre has sworn to kill. Will Deirdre cast herself into the role of judge, jury, and executioner, or will she discover the promise of mercy? 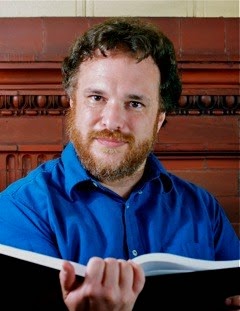 You might run across this guy eating Kerry Gold’s Dubliner late at night. (Call it a guilty pleasure.)
Kurt gave me two truths and one lie to test your "lie detector" skills. Those who figure out the lie will go into my magic hat for the chance to win a print book and bookmark for PROMISE OF MERCY. (U.S. and Canadian residents only.)


1. Kurt holds a Bachelor of Arts in Math, a Master of Liberal Arts in Anthropology and Archaeology, a Master of Literature in Archaeology, and a Doctor of Philosophy in Anthropology.
2. Both of his parents are retired research chemists.
3. He's never published in Archaeology.
So sleuths, which is the lie? What has inspired you lately? Do you think blog awards are fun, or a pain?
Posted by Crystal Collier at 5:00 AM