4 Reasons to Love America and IWSG

What is loyalty? Have you ever felt it?

I grew up in the public school system, and yes, they do indoctrinate kids to love this country. It wouldn't have mattered. We all adore an underdog story, right? And the founding of the United States of America is as big an underdog story as they come. It wasn't until college that I questioned my beliefs, as I truly delved into history and began to understand the differing perspectives of people as this great nation was founded. I came to one conclusion:

Conflicting views always exist. Within a population, you will never have 100% agreement with any given idea.

It's with that in mind I can say, I do not agree with our current administration. It breaks my heart to see the debt they've locked around our necks and our children's, children's necks, or the way the Supreme Court has usurped their power to overrule to voice of the people. I have a hard time wanting my children to feel that blindly loyal to a country led by politicians who seem to care more about themselves or their agenda than the people they serve.

Even so, I love my country. It stands as a beacon for courage, loyalty, sacrifice, and the power of true agency. I love even more the men and women who have laid down their lives or sacrificed their quality of life to protect our freedoms and home. While I despise ALL politicians everywhere, I too would lay down my life for that of a fellow American. I live in the greatest country on earth. 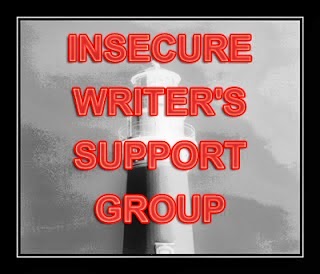 Along with the patriotic theme, I just want to say,

Even if your efforts right now feel like you're dumping a teaspoon of sand onto the beach, effort over time can accomplish great things. 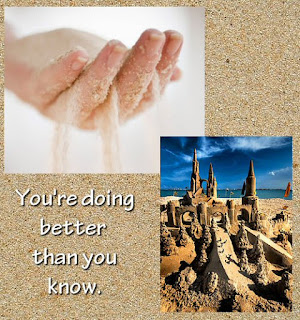 Two weeks ago N.J. Tanger shared with us CHIMERA, along with several truths and lies. Those who guessed any lie correctly were entered into a random drawing for the chance to win either a print or eBook!


1. I use my middle initial “M” to differentiate myself from the renowned chess champion I share a name with.
2. If I’d been born a girl, my name would have been Heidi Melissa. My mom penciled it on the back of my birth certificate. 20 years later, I married a woman named Heidi Melissa.
3. I’ve worked as a pizza delivery guy, an account executive for a major financial firm, an office furniture installer, and a vet’s assistant (though not all at the same time).


1. Stephen's Point, the home moon of our colony, was originally named as a joke, referring to Stephen's Point, Wisconsin.
2. Writing as a three-person team has ruined me; the process and results have been so positive, I can't ever imagine going back to writing solo.
3. Our writing team formed out of necessity: we were the sole survivors of a shipwreck on a small island outside of the Bermuda Triangle, inhabited by intelligent monkeys who demanded that we write sound, yet thrilling science fiction tales as payment for our per diem of bananas. Fortunately for us  the one thing we were able to successfully recover from the sunken vessel was a typewriter.

THE LIE: #3. (And if you got that wrong, you must live in an amazing place called IMAGINATION.)

1. I recently discovered that there exists a job titled bibliotherapist, that allows you to assist others through a reading “prescription”: suggesting the reading of specific books as a cure for certain ailments exactly the way that a medical doctor would prescribe pills. If it needs to be said, it’s ailments of the spirit. Not cancer or heart disease. I’m romantic, not crazy. I think that someday, after I have gathered more knowledge of humankind, I will pursue this bibliotherapy as a later-life calling. It will simultaneously allow me to help others as well as share the wonder and truly therapeutic nature of books.
2. When no one is looking, I only read romance westerns with a supernatural twist. This has become immensely easier since the rise of the iPad. It’s very difficult for anyone to cast shade when they can’t see the cover of your reading material.
3. I have always dreamed of owning a pet squirrel. I know it’s immensely impractical. And that squirrels should be left alone to live out their wild lives in trees. But still.

Way to guess everyone! And the winners are: 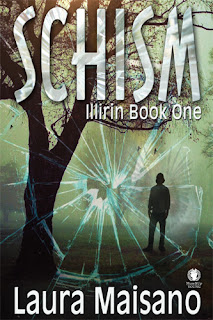 Art therapy hasn’t done squat for Gabe Jones. A thousand sketches of his fiancée can’t bring his memory, or her, back to him. Nothing on Earth can. His past lies in another dimension, a world just out of sight.

Another student on campus, Lea Huckley, unknowingly shares Gabe’s obsession with the fourth dimension. The monsters from the other side attacked her parents and fled, getting her folks locked up in the loony bin. Proving this other world exists is the only way to free them. Lea and Gabe strike a deal to help each other, and together they manage to open a door to the world of Gabe’s true origin. She’d use him for proof—if she didn’t already care too much.

While Gabe tries to reconcile his feelings for Lea and his rediscovered memories of his fiancée, a much more sinister plot unravels. He uncovers his history just in time to become the unwilling lynchpin in a conspiracy to start a war. His memory holds the secret to the final riddle the would-be conqueror needs to get the upper hand. Gabe must protect the riddle at all costs, even if that means leaving Earth, and Lea, behind forever. 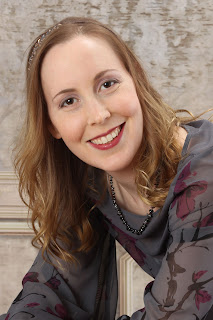 Laura has an MA in Technical writing and is a Senior Editor at Anaiah Press for their YA/NA Christian Fiction. Her debut novel, SCHISM, is a YA urban fantasy, and the sequel, UNITY, is due for release in the spring of 2016.

Her gamer husband and amazing daughter give support and inspiration every day. Their cats, Talyn and Moya, provide entertainment through living room battles and phantom-dust-mote hunting. Somehow, they all manage to survive living in Texas where it is hotter than any human being should have to endure. Check out her blog at LauraMaisano.blogspot.com.

She absolutely love extra, extra, extra, extra sharp cheddar cheese and might be found munching on it while reading a good book.
Laura gave me two truths and one lie to test your "lie detector" skills. Those who figure out the lie will go into my magic hat for the chance to win an eBook of SCHISM.


1. Laura got lost on the side of a mountain in Japan during a monsoon at night and hitchhiked back to her hotel.
2. She's eaten live octopus where the tentacles were still moving and the little suckers really do stick inside your teeth.
3. As a waitress, Shaq sat at her table and asked her advice on which concert to take his girlfriend to (Rickey Martin or Enrique Iglesias).
So sleuths, which is the lie? Are you loyal to your country? What do you love about America?
Posted by Crystal Collier at 8:00 AM