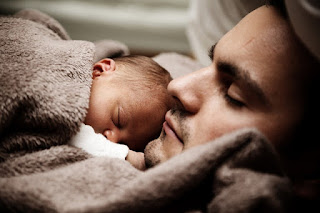 I suppose I should. We have a tradition in our house. The kids always answer a questionnaire about their dad. Throughout the years, we've had some pretty interesting responses, but it's also been great to see how "each child matures as their answers change. I think that's the real treasure, having it all in writing.

And speaking of writing...

Months ago (I think it was November) the fabulous Kristin Smith tagged me in the 777 Challenge. (Thank you Kristin!) Wasn't that kind of her? Little did she know I would put off playing until almost a year later. What can I say? It's been a busy year.

SO, on to the challenge: Choose a manuscript or WIP, find the 7th page, scroll down to the 7th line, and share the next 7 lines or so.

This is a quick bite from my WIP tentatively titled Faux Paw.

I wanted to slug him right in his pretty-boy mouth, but good girls don’t start fights. And it would probably hurt. Yup. That had to be my motivation. I didn’t need split knuckles over this jerk. I’d rise higher. “You freaked out my mom.”

I should have expected him to call the landline when I wouldn’t answer my cell, but he knew how fragile and wide-eyed Mom could be.

He laughed. “Come on. She has to know you talk with boys.”

“Yeah, like Greg.” With his chubby cheeks, Boy Scout attitude, and drive to fix the world with green technology, Greg wasn’t the kind of guy parents worried about. Unlike Mark.

And now, I get to choose who I want to tag for this fun challenge... Normally I would pick 4 stellar bloggers and say, "Tag!" But only picking 4? How's a body to choose? If your birthday is in the month of June, YOU'RE IT! Go 777, eh? (And leave me a comment to let me know you're playing along so I can wish you a happy birthday and read your fabulous blip.)

Hope you have a wonderful Father's Day!

Now how about 3 chances to win a book?

Two weeks ago Vanessa K. Eccles shared her brand new release, FABLED, along with two truths and one lie. Those who guessed the lie were entered into a random drawing for the chance to win her eBook!

1. As a child, the Grimm fairy tales where Vanessa's favorite bedtime reads.
2. When she was seven, she played a magician's assistant for her best friend's brother. When he couldn't remember how to get the handcuffs off, she pulled her arms over her head. It was the first time she realized she could dislocate her shoulders on command. Still can, in fact.
3.) She was an avid X-Files fan as a kid, which resulted in an immense terror of being abducted by aliens.

#1. Vanessa did not read the original tales until she was an adult. They were a Christmas gift from her dad several years ago. Her husband and she began reading one story a night. They've enthralled her ever since.

And a fund addition to fact #3--Luckily, Vanessa's cousin told her that was impossible to be abducted by aliens if you cover your ears with the covers every night. She may have slept that way until about seventeen.

And now for this week's game... This is a book I was blindly approached about reviewing. It's definitely not in my preferred genres, but the sample I read won me instantly. I enjoyed the book so much I invited the authors for today. (See my review HERE.) 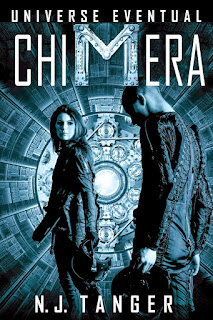 On the verge of extinction, the Stephen’s Point colony must take desperate measures to save themselves. Without communication or resupply from Earth for the last fifteen years, the colony has but one chance to survive: restore the ancient starship Chimera and train a young crew to pilot her. The fate of the entire colony rests on the shoulders of a pair of misfits: Theo Puck, a sixteen-year-old hacker with a gift for speaking to machines, and fifteen-year-old Selena Samuelson, a brash but talented pilot with a dark secret in her past.

To Theo, the Mandate to crew the Chimera seems like a game—one he isn’t invited to play. A brutal murder changes everything. Left with no choice, Theo has to complete the Selection training and make it aboard the Chimera or face terrible consequences.

Selena wants to do what she does best—fly. Piloting her father’s ore trawler is the only life she’s known before a horrifying accident strands her aboard the Hydra, the station responsible for rebuilding the Chimera. Forced into the Mandate testing against her will, Selena encounters an unexpected ally, forever changing the way she sees the Chimera and herself.

Forced to make brutal choices in order to survive, Theo and Selena’s fates intertwine. But behind the scenes, someone else sets into motion events that could destroy everything they’re fighting to protect.


Ready to meet the authors? 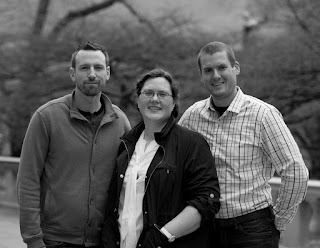 Nathan M. Beauchamp: Nathan started writing stories at nine-years-old and never stopped. From his first grisly tales about carnivorous catfish, mole detectives, and cyborg housecats, his interests have always centered on speculative fiction. Nathan works in finance so that he can support his habit of putting words together in the hope that someone will read them. His hobbies include reading, photography, arguing for sport, and pondering the eventual heat death of the universe. He has published many short stories and holds an MFA in creative writing from Western State Colorado University. He lives in Chicago with his wife and two young boys.

Joshua Russell: Joshua started making movies when he was eight years old, an addiction he's never kicked. His lust for adventure and foolhardy risk have led him on and off of movie sets, through uncharted mountain ranges, to foreign worlds where people speak in strange tongues, and to the seminal co-creation of two human beings. For positive cash flow, Joshua teaches screenwriting at DePaul University. For negative cash flow, he makes independent films, including the upcoming Absolution. The Universe Eventual book series is Joshua's first foray into fiction writing, and he's profoundly happy to be surrounded by writers who are smarter and even better looking than he is.

Rachael Tanger: Rachael has been writing stories since she first learned to hold a pencil. She grew up on a farm in the Midwest but has since lived in large cities, some internationally. She values experiences and is addicted to travel. She has worked in marketing in various capacities, most recently as a freelance consultant for small business. Rachael currently lives in Chicago with her husband and son. This is her first novel.
These three each gave me two truths and one lie to test your "lie detector" skills. Those who figure out the lies will go into my magic hat for the chance to win one of 3 copies of CHIMERA. (Print book for US residents, eBook for international participants.) And you WANT to win this book. Trust me.


1. I use my middle initial “M” to differentiate myself from the renowned chess champion I share a name with.
2. If I’d been born a girl, my name would have been Heidi Melissa. My mom penciled it on the back of my birth certificate. 20 years later, I married a woman named Heidi Melissa.
3. I’ve worked as a pizza delivery guy, an account executive for a major financial firm, an office furniture installer, and a vet’s assistant (though not all at the same time).


1. Stephen's Point, the home moon of our colony, was originally named as a joke, referring to Stephen's Point, Wisconsin.
2. Writing as a three-person team has ruined me; the process and results have been so positive, I can't ever imagine going back to writing solo.
3. Our writing team formed out of necessity: we were the sole survivors of a shipwreck on a small island outside of the Bermuda Triangle, inhabited by intelligent monkeys who demanded that we write sound, yet thrilling science fiction tales as payment for our per diem of bananas. Fortunately for us  the one thing we were able to successfully recover from the sunken vessel was a typewriter.

1. I recently discovered that there exists a job titled bibliotherapist, that allows you to assist others through a reading “prescription”: suggesting the reading of specific books as a cure for certain ailments exactly the way that a medical doctor would prescribe pills. If it needs to be said, it’s ailments of the spirit. Not cancer or heart disease. I’m romantic, not crazy. I think that someday, after I have gathered more knowledge of humankind, I will pursue this bibliotherapy as a later-life calling. It will simultaneously allow me to help others as well as share the wonder and truly therapeutic nature of books.
2. When no one is looking, I only read romance westerns with a supernatural twist. This has become immensely easier since the rise of the iPad. It’s very difficult for anyone to cast shade when they can’t see the cover of your reading material.
3. I have always dreamed of owning a pet squirrel. I know it’s immensely impractical. And that squirrels should be left alone to live out their wild lives in trees. But still.
So sleuths, which are the lies? How do you celebrate Father's Day? Will you take up the 777 Challenge?

Oh, and how about a quick, free read? A family secret, a haunted camp, and one woman brave enough to discover the truth...
Posted by Crystal Collier at 8:00 AM