How would you like a free read today? (Or two? Maybe 3 if you're a winner.) 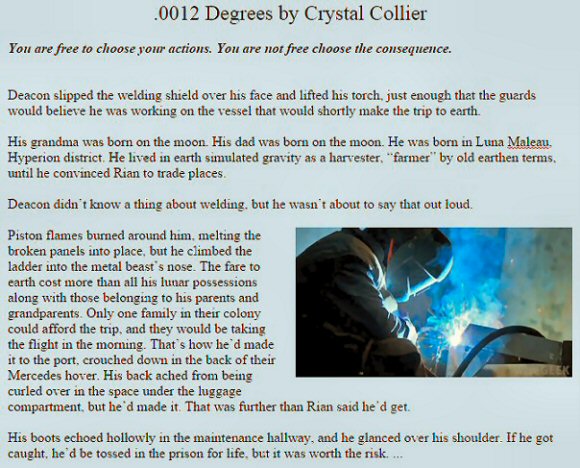 Read the rest on LightningQuickReads! (And other amazing, free, short stories.)

Two weeks ago Kurt D. Springs shared with us PROMISE OF MERCY, along with two truths and a lie. Those who guessed the lie correctly were entered into a random drawing for the chance to win a print book and bookmark!

THE LIE: #3. Kurt was recently published in a multi contributor monograph in the British Archaeology Reports International series called Landscape and Identity: Archaeology and Human Geography. He is pleased to be one of seven authors in this peer reviewed work. 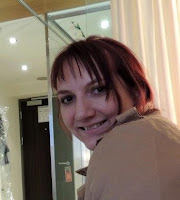 Have you met Misha Gericke? I've known her for years, enjoyed her blogging, and even critiqued for her. (She's definitely one of my favorite Aussie authors.) Her fantasy world is fascinating and her protagonists' struggle? Super awesome.

Recently she got the rights back for her first book, and with the release of her second one, she's put out book 1 again. I admit it, I geek out about one of her characters, and I'm a rather calm person when it comes to the literary world, so you know he's pretty awesome. Meet Gawain! 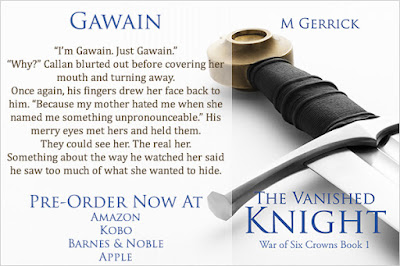 The entity living inside Callan’s soul orphaned her at age eleven. By the time she’s sixteen, it’s ensured her being shunted from one foster family to another.

Her thirteenth foster assignment should be routine. Except... it's not. A psycho in medieval armor kidnaps her and she ends up in a magical world. There, she accidentally discovers a secret her parents had kept until the day they died.

Both actually came from this magical world, but left before Callan was born. To cover their tracks, they’d lied about everything. Even who they really were.

Driven to find out where she comes from, Callan’s trapped in a race for life and death. Walking away isn’t an option, but if she stays too long, the entity will find its next victim.

In this world where secrets are sacrosanct and grudges are remembered, finding the truth will be near impossible. Especially when Callan has her own homicidal little secret to deal with.

One with a taste for destroying her life. 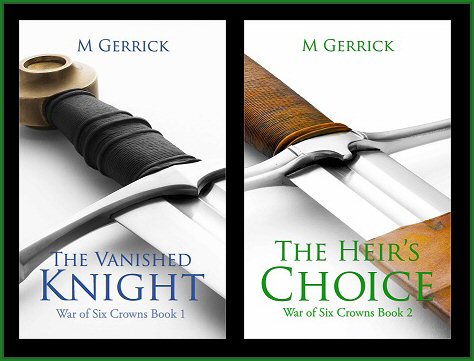 After discovering her parents had kept a whole world secret, Callan races to discover her past. Not easy to do with an increasingly agitated entity living in her soul.

Get your copy HERE.
Misha gave me two truths and one lie to test your "lie detector" skills. Those who figure out the lie will go into my magic hat for the chance to win BOTH eBooks.

You have until Tuesday, August 4 at 1 p.m. EDT to guess. Be sure to come back for the answers on August 5.


1) Misha is theoretically able to speak four languages and understand at least three more well enough to find her way home if she got dropped in the middle of countries speaking them.
2) Through her mother's side, her family is possibly the only one in existence to have two State Heads on two sides of the same war in their genes. One's Paul Kruger, the other is Queen Victoria. (The Anglo Boer War.)
3) She owns two cats.
So sleuths, which is the lie? Are you a sci-fi or fantasy reader? Geeked out over any books or characters lately?
Posted by Crystal Collier at 8:00 AM