Sacrifice a Faery to the Hunger Games, and a Giveaway

And now it's time to meet a new author and enter to win an amazing book.

Last week, the very cool Mary Waibel shared FAERY MARKED with us, along with two truths and one lie. Those who guessed the lie correctly were entered into a random drawing for the chance to win a book of their choice from the grab pool.

1. When Mary was little she got her head stuck in the fence around the White House, and although they were able to get her out without issue, it makes for a great story.
2. She has a ton of useless facts stored in her mind that make for interesting conversations at the dinner table. (Like the reason weddings are in June is that was when everyone took their yearly bath.)
3. She wanted to be a nurse until she learned you had to work in the ER and decided she couldn't handle seeing someone she knew come through the doors.

#1. While this is a true story, it was actually Mary's cousin who stuck her head inside the fence and got it stuck. They were able to get her out, without any issues, but it's sure made for a funny story to tell. 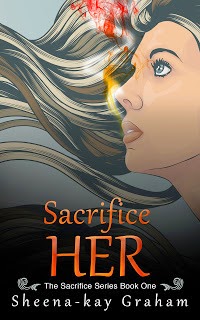 When a city is at stake, is the life of one sixteen-year old girl worth risking thousands?

Deidra Moore goes on the run after escaping from a group of human sacrifices for Bane: God of Gore. She doesn't believe he exists and sees uncertainty in the scorching desert as a better alternative. But Faux City isn't finished with her and their leader Lord Brinn is ordered by Bane - through one of his maiden worshipers- to bring her back or face dire consequences.

In the desert Deidra meets a wanderer named Kale and as feelings spark can they find a safe place to lead a new life before Lord Brinn and his soldiers catch up with them? Yet the question remains. Does Bane really exist and if he does what will happen if either side succeeds or fails?

Told in alternating perspectives of both the runaway servant girl and the blonde strong willed leader.

This is book one in a YA Dystopian novella series set to release Fall of 2014. Add it on Goodreads HERE.

Now let me introduce you to this spunky author:

Sheena-kay Graham was never meant for a traditional job behind a desk. Her childhood career plans included becoming a ballerina, actress or someone who helped people. So naturally she decided to be a writer who writes from her bed. Yes, no desk for this Jamaican book lover. No matter if it’s reading, writing or using the computer....you get the gist. The love of the written word has always been with her, leading to stories, novels, poetry and way too much fan fiction. This Christian woman can be found trolling Amazon online, in local book bookstores, watching movies on the big screen, or in her bed reading/writing/on the laptop. Sheena-kay mainly writes YA fiction and is ready to unleash her creativity to wow the masses.

Her favorite cheese is good old Cheddar, and she loves eating it (surprise, surprise) in bed. Yes, she enjoy doing a lot of things in bed.

Sheena-Kay gave me two truths and one lie to test your "lie detector" skills. Those who figure out the lie will go into my magic hat to win one of these books*: 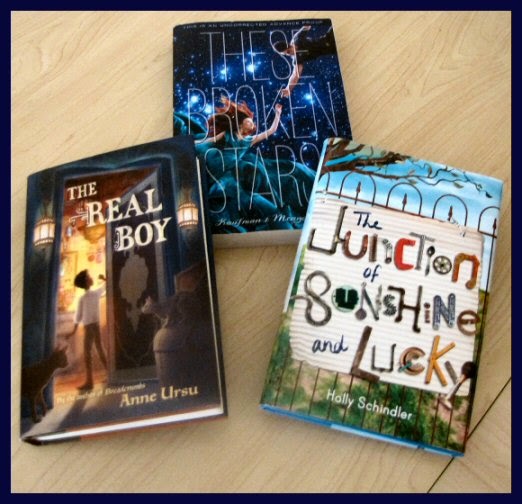 (*US participants only. If the winner lives elsewhere, I have two alternate eBooks the winner may choose from.)
You have until Tuesday, June 3, at 1 p.m. EDT to guess--and be sure to come back for the answer on June 4.

1. Sheena-kay has written song lyrics but can’t sing at all.
2. She won a three legged race against her brother at a family picnic.
3. She thinks it's creepy burying someone at sea without permission, even if it’s a terrorist.

(Revealers will have first dibs on ARC's as soon as they're available, and one lucky participant will win their choice of $10 to Amazon or a signed copy of MOONLESS.)

Which is the lie? Does book logic ever astound you? Did you read Hunger Games? Love it? Hate it? Do you like dystopian books? Looking forward the Sheena-kay's awesome novella?
Posted by Crystal Collier at 8:00 AM