Are You a Hater on Social Media?

You know those moments when you see the ugly side of humanity? Yeah, I had one of those this last month, regarding social media...

But before I get into that, a HUGE thanks to Operation Awesome for inviting me to share a guest post about running blog tours during the #AtoZChallenge. (Check it out!) Now back to our regular program...

We all know the rules: Behave yourself. Be polite. Don't be a troll.

Or at least we think we all know those rules. I had a moment where I began to wonder, seriously wonder if humanity is lost. Let me tell you about it. (And before we start spouting political opinions about the subject discussed in this thread, keep in mind this is about social conduct and respect, not political opinion. Please refrain from commenting about your like or dislike of President Trump.) 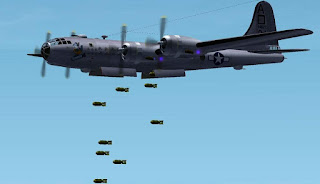 Recently I posted a status update on Facebook about the statement President Trump made at 3 AM after bombing the Syria airport that delivered chemical weapons. I was surprised by 3 things: the compassion you can't help but feel as he speaks, the fact he spoke of God (for the first time that I'd heard), and that he mentioned prayer. Really? All from the lips of Trump. And then, I expressed my hesitant support of the bomb drop with a hope it won't lead to further conflict.

Well, you know how people are. If you mention the word "Trump," (especially with any kind of positive spin) some will zero in on you as their next meal.

And this was the case.

Two such people decided to make my post a flaming war. The first, I asked to refrain from commenting so vehemently. After the second, I told them they were welcome to their opinions, but I liked mine more. (With a winky face.)

The one kept going, throwing insults at the President.

I asked him to quit.

I asked him to respect that this was my personal Facebook feed and to please refrain from commenting.

He continued by calling Trump a puppet.

Again, I asked him to stop.

At which point he made a public statement about how he was going to defriend me--because we couldn't be friends if I thought Trump had a sincere bone in his body.

So I asked him to please carry out his threat, finishing with "This is MY feed, and I should be able to state how I feel. If you're too biased to live and let live, we're better of not associating."

Then he called Trump a nasty word on my feed.

And that was the point at which I began to lose faith in people. I do my research, and I admit to not knowing everything, but I don't write anything in social media without a great deal of thought. Now this is where things changed. Several friends (from both sides of the political spectrum) stepped up and called him out.

One person asked if this was the kind of world we live in--where you have to go unfriending everyone who disagrees with you, essentially taking your ball and going home.

Another person scolded him for using fowl language on my feed.

Yet another asked if he was an adult.

Someone else told him to grow up and stop being mean and hurtful.

And suddenly my faith was restored in people.

So if you're having one of those days where you've lost your faith in humanity, fear not. Good people are out there, quietly hovering. They just need a call to action. However, some people cannot see beyond their own noses to begin grasping even the concept of respect. If you're ever confronted by one of those, feel free to be the adult in the room and turn your back, unfriend, or walk away.

[And a quick aside: There's all this rhetoric about the US president, so much misinformation, propaganda, and hate. I have disagreed with pretty much every president in some regard, but I still respected the office. When an election is complete, an election is complete and the nation is supposed to come together as a whole and heal. That isn't happening. Is it because we can't be friends and disagree on political aspects? Tell me, what is going on, because I fear for the future of this great nation--and not because of Syrian or Russian retaliation.]

Two weeks ago, S.M. Boyce shared LICHGATES along with two truths and one lie. Anyone who guessed was entered to win an eBook.


1. Before quitting to write full time, I used to work as a software tester and was even promoted to lead/deemed the project expert of the software.
2. I planned a cross-country move from Maryland to Washington state in 2 weeks, from idea to move-in.
3. Due to an addiction to glittery things, I own 24 carats worth of diamond jewelry.

From Boyce: Though this isn't true, I do have a bit of a jewelry addiction after working at Zales Jewelers in my college years. I was my boss's favorite customer for quite awhile!

Speaking of people coming to our rescue, how about a rockin' Superhero book: 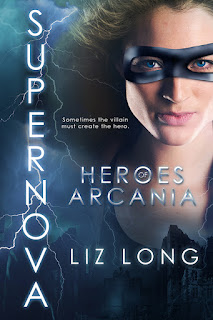 Sometimes the villain must create the hero.

The streets of Arcania are overrun with crime, deteriorating as a madman named Fortune makes himself at home. He shows no mercy, striking down anyone in his path – including Nova Benson’s little sister. Devastated, Nova vows to seek justice for her family, but aside from her freak strength and impenetrable skin, how is she supposed to stop a monster like Fortune?

Cole Warner wants to help people. Entrusted to keep his family’s secret, he’s also frustrated at having to hide his gift. He knows he could do more to help in the fight against Fortune. If he could convince his sister Penelope to join him, they might even have a chance at beating him. When Cole meets Nova, he realizes his whole world is about to change. And he’s going to welcome it with open arms.

Falling for each other wasn’t part of the plan.

Then again, neither was becoming a superhero. 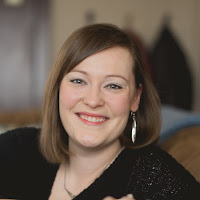 Liz Long is a proud graduate of Longwood University. Her inspiration comes from action and thriller genres and she spends entirely too much time watching superhero movies. Her day job as Associate Editor includes writing for a magazine publisher in Roanoke, VA. She is also the director of the Roanoke Regional Writers Conference and the annual Roanoke Author Invasion.

Comic book readers and fans of CW Network smash hits Arrow, The Flash, Legends of Tomorrow, and Netflix’s Daredevil will root for Liz Long’s bestselling YA summer series as the HoA’s gifted teen superheroes attempt to save their city from its impending demise. The Donovan Circus series has best been described as "X-Men meets the circus." Adult horror story Witch Hearts tells the tale of a serial killer hunting witches for their powers. New Adult PNR A Reaper Made is about a teen Reaper who gets caught between falling in love or saving her sister's soul. All titles are available for paperback or ebook on Amazon.

To learn more about Liz (including more information on her books, plus writing, marketing, and social media tips), visit her website: http://lizclong.com.


You might stumble across her on the couch in her slanket, singing about my Night Cheese (30 Rock, anyone?) while munching on brie and apples. Or smoked Gouda.

Liz gave me two truths and one lie to test your "lie detector" skills. If you guess the lie, right or wrong, you will be entered to win an eBook of SUPERNOVA. (Open internationally.) IF YOU DON'T HAVE A BLOGGER ACCOUNT WITH AN EMAIL ON THE PROFILE, PLEASE LEAVE YOUR EMAIL ADDRESS IN THE COMMENTS OR EMAIL IT TO crystal@crystal-collier.com WITH YOUR SCREEN ALIAS.

So sleuths, which is the lie? Have you ever faced a cyberbully? What solution do you propose for healing the US? Have you met Liz Long? Do you like superhero books?
Posted by Crystal Collier at 8:00 AM