Have you ever had news you wanted to scream about but didn't dare whisper?

I've been writing. But that's not the news. I finished writing...for the moment. Friday I shot Timeless--third book in the Maiden of Time trilogy--to my editor. Now if you have experience in publishing, you know what that means, but for those who don't...

What? But you just sent it off to the editor. It MUST be done.

In a couple days I anticipate sitting down with my editor's notes and rewriting as much as half of the book.

BUT we're on the down slope. Around the baby, it's a day I wasn't sure would ever come. I kept hearing from readers who are excitedly anticipating the final installment of the series and feeling the pressure. Suddenly, it's here! The story is done. Ish. 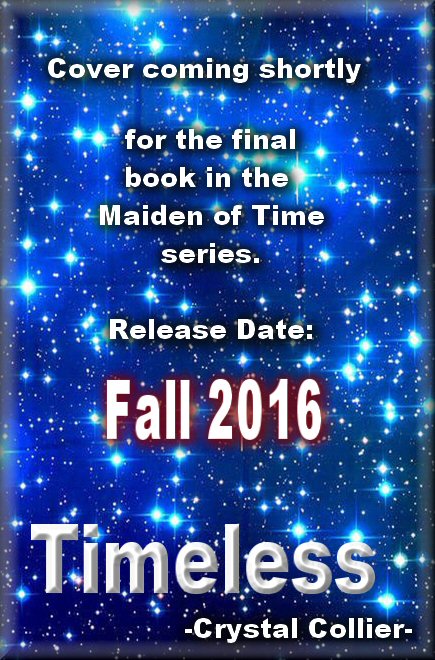 And something really strange has happened. This is a series I've been mentally plotting since 2003. 13 years. Typing those final chapters was like dumping core memories onto the digital page. They were no longer inside me.

Part of me began to wonder if on a subconscious level I'd been stalling to remain in the story a little while longer. Or hording my story. It's only a matter of time now until it is out in the world.

I've received a mock-up cover from the publisher (This isn't it. Hah!) and in the next couple months I'll be finishing the book while gearing up for the release tour and launch. Watch for TIMELESS, final installment in the Maiden of Time trilogy this fall.

Have you ever put off completing a project to enjoy it longer?

I read the first book in this series, and I admit, I haven't read the second one yet--because I'm going to binge read both when the 3rd one comes out. (And love every second!) I highly recommend the series. 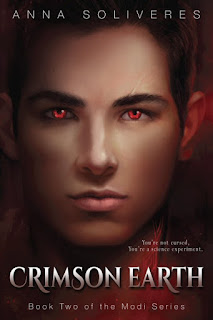 Aeva Storm finally has the answers she’s been looking for since the night she was struck by lightning. She knows who she is—and more importantly, what she is. But her secret isn’t hers alone to keep, and some of those who know the truth will do anything to control her.

In the sequel to the acclaimed Violet Storm, Aeva must decide how far she’ll go to protect her identity and to find her missing sister in a world she hardly recognizes. She must embrace her new life—and her strange new body—if she hopes to save the only place she and her family have left to call home.

Filled with action, mystery, and heartbreak, Crimson Earth finds Aeva, Ruven, and Karth on opposing sides as the war between The False Alliance and the Monarchy draws near.

Can they band together to fight against the evil threatening the City? Or will they destroy each other before the war has even begun?
Get your copy HERE. 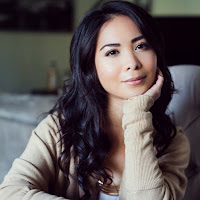 Anna Soliveres has always been a storyteller but it wasn't until her early twenties when she began writing novel length works. The result was an enthusiasm to get better at the craft until her work could be shared with the world. As with all writer's, she is an avid reader. You'll likely find Anna lost behind a novel or nonfiction work. If she's not reading, she's probably binge-watching a series on Netflix or Amazon, in search of inspiration, taking her imagination beyond words and into the realm of visual storytelling. She grew up (or rather, remained forever ensnared) in the world of anime, Teenage Mutant Ninja Turtles, Harry Potter, and all things with "Super" or "Hero" in the title. Her debut novel, VIOLET STORM released March 2014. To learn more, please visit her at www.annasoliveres.com.

Anna gave me two truths and one lie to test your "lie detector" skills. Those who figure out the lie will go into my magic hat for the chance to an eBook of VIOLET STORM and CRIMSON EARTH! (Open Internationally.)

1. Anna was once surprised by a friend whom she thought was coming to visit her, only to be roped to go for coffee and an awkward trip to the Museum. It later occurred to her that she was being taken on a date.
2. She saw the movie, Momma Mia, starring Meryl Streep, Colin Firth, and Pierce Brosnan; finding no luck in her dating life, she was convinced Greece might offer her the perfect romantic opportunity.
3. A date once broke up with her and then immediately offered her a donut.

So sleuths, which is the lie? How about it? Have you procrastinated to enjoy something longer? Are you as excited as I am about Timeless? Have you seen Anna's books? Picked one up? (You should. You really should.)
Posted by Crystal Collier at 8:00 AM