True Heroes A to Z: U=Zero 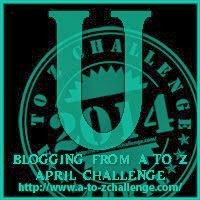 huru Gonja Houston: A man who sought a better life.

This is a general tribute to all of the 71 police officers and 343 NYC Fire Department workers lost in the 2001 Trade Center collapse, each and everyone of them a true hero. Officer Houston was one.

Having lived in NYC, I adore anyone who really strives for a better future, something Uhuru worked toward. He grew up in Brooklyn (which is kind of a rough area), and through obtaining a great education and law enforcement job, was able to move his family to the nicer neighborhoods of New Jersey. Uhuru was assigned to work at the World Trade Centers, and was 32 years old when the they came down. He left behind a wife, a 5 year old son and 20 month old daughter.

There were a number of people lost that day, but I can't think about the tragedy without remembering the outpouring of love. Heroes came out of the woodwork. Men and women rushed into danger rather than away. An entire country mourned with the families for their loss, and the grounds that used to support two business buildings became a sacred memorial to the value of life, freedom and compassion.

“You know I worry about you, Alexia.”
Yes, she knew it. He feared he’d raised a child too intelligent to settle on some dim-witted and wealthy noble.
“When Sarah was your age—”
“You had her promised to a fifty-one year old man.” Crossing her arms, she scowled.
“That is right.” He blinked back at her and cleared this throat.
She didn’t do him the justice of disbanding her anger. This was the one day she might actually get away with being willful.
He shifted in his seat. “Someone approached me near your last birthday with a proposal of marriage.”
Alexia blinked. “For me? Was he mistaken?”
“He is a wealthy countryman from the North, older, intellectual, a good match.”
“How much older?” Smoothing the folds of her napkin, she held her breath.
He shrugged. “Enough. I was sorely tempted to accept his offer, and I would have if . . .”
She shuddered. If she hadn’t changed.
His head shook. “You have your pick of suitors, but I do expect you to make a choice before your next birthday.”
Her jaw tumbled.
He grinned, bumping her chin up with a knuckle. “Some young man will be very lucky to acquire you.”
She moaned.
“Do not start,” he purred. “You shall be happy—or I’ll not let you go.” His boyish dimple had surfaced. He meant it.
“I know.” She smiled back.
“One year, or I will accept that generous proposal on your behalf.”
“But—”
“One year.”

Where were you on 9-11? Were there any stories you heard of heroes that day that touched your life? Have you been to see ground zero? What are your feelings about forced marriages?
Posted by Crystal Collier at 8:00 AM