Vote for the Winner! (Mickey Mouse, or Stardust?)

So, before the fun, let's announce the winner of Mary Waibel's Quest of the Hart. Mary told us two truths and one lie about herself, and those who guess correctly were entered into a random drawing to win a copy of her book. The options were:


1. While at college, Mary flew a plane over Lake Erie at night.
2. Mary was in a national beauty contest while in high school.
3. Mary obtained a degree in medieval history.

#3. Mary did not obtain a degree in medieval history.

Tricky Mary. Way to go those of you who guessed right! You are officially human lie detectors. And the winner is: 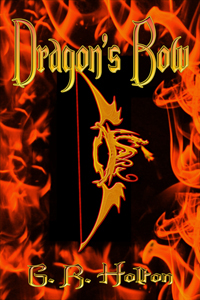 In a race for their world’s future, Adria has one mission: slay her father, a dark wizard, to free her twin sister from his curse. This can only be done with a magic bow buried under her father’s castle and protected by the wizard’s dragon. But her tainted twin, Audra, has other plans: seize the bow’s power and join with her father to control the entire planet.


Now shall we meet the author? 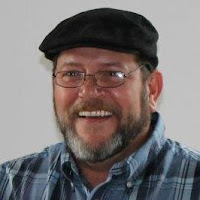 G.R. Holton is a veteran who became friends with screenwriter and movie director Derek Milton via online gaming, when he learned his true calling in life is to write. Since that time he has had three books optioned for movies (Deep Screams, Dragon's Bow, and Teleported), and has written a screenplay. He spends his days in East Tennessee with his wife and his pet Shih-poo, "Ewok."


If you take a trip to his part of the country, you may stumble across him eating muenster at 3 in the morning. (A cheese after my own heart!)

G.R. gave me two truths and one lie to test your "lie detector" skills. Can you figure out the lie? Those who do will go into my magic hat for a chance to win a SIGNED copy of the book of your choice off his website. How cool is that? You have until Tuesday, August 6th at 1 p.m. to guess--and be sure to come back for the answer on August 7th!

I'm sensing a theme here: all the two-ness is getting to me. *grin*

Okay human lie detectors, which is it?
Posted by Crystal Collier at 8:00 AM