It's day 9 of the book release blog tour. Yippee!

Isn't that pretty? You know what else is pretty?

The Maiden of Time Series:

In a world where people can heal with a touch, kill with a scream, and rob a person of their memories, Alexia is struggling to find her place and learn her gifts--before the Soulless come for her.

BUY
on Amazon, Barnes & Noble, or get signed print copies from yours truly!

The Warrior Muse: Who is Shannon's MoT Doppelganger?

Erica and Christy: Pick Your Cheese, Pick Your Alter Ego

What the Cat Read: Little Known Facts: Age and Immortality

Fida Islaih: Excerpt: From the Stars

Last week, Lynda R. Young shared CLING TO GOD along with two truths and one lie. Anyone who guessed the lie correctly was entered to an eBook.

1. I met the fourth Doctor from Dr Who, Tom Baker, and offered him a jelly bean.
2. In my travels, I have visited over a hundred and twenty cities of the world but haven't traveled around my own country.
3. I have grown rich through my writing.

From Lynda: 1. Dr Who, Tom Baker, came to Australia when I was super young and eager for an autograph, and I stood in line for an age and a half. I brought along a bag of jelly beans specifically to ask him if he would like one. And he did take one. The highlight of my youth.
2. While I have visited all those cities around the world, I also made a point to see as much of Australia as I could. Glad I did. Australia is a remarkable place, especially the central areas.
3. It depends how you define rich. Writing makes me richer culturally through the research I've had to do, mentally through expressing my creative self, and personally through connections and friendships I would never have made if I hadn't been a writer.

And now, how about a wonderful book giveaway? 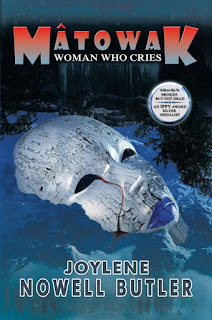 When Canada's retired Minister of National Defense, Leland Warner, is murdered in his home, the case is handed to Corporal Danny Killian, an aboriginal man tortured by his wife's unsolved murder.

The suspect, 60-year-old Sally Warner, still grieves for the loss of her two sons, dead in a suicide/murder eighteen months earlier. Confused and damaged, she sees in Corporal Killian a friend sympathetic to her grief and suffering and wants more than anything to trust him.

Danny finds himself with a difficult choice—indict his prime suspect, the dead minister's horribly abused wife or find a way to protect her and risk demotion. Or worse, transfer away from the scene of his wife’s murder and the guilt that haunts him... 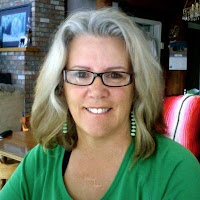 When Joylene's father died in 1983, she wrote her first full–length manuscript to channel her grief. The seven-year process left her hooked and she began Dead Witness within a few weeks of finishing Always Father's Child. Today Joylene is the author of three suspense novels: Dead Witness, Broken But Not Dead, and the steam-punk collaboration Break Time. While she'll admit being published didn't fix all the wrongs in her life, she wishes her parents had lived to see her success. Dead Witness was a finalist in the 2012 Global eBook Awards. Broken But Not Dead won the 2012 IPPY Silver Medal, and its sequel Mâtowak Woman Who Cries is due for release November 1, 2016.

Joylene lives with her husband and their two cats Marbles and Shasta on beautiful Cluculz Lake in central British Columbia. They spend their winters in Bucerias, Nayarit, Mexico.

You might find Joylene eating Balderdash Cheese (aged 5 years) in a hot tub overlooking Cluculz Lake. But watch out for bears. For more on Joylene and her writing, visit her website.

She gave me two truths and one lie to test your "lie detector" skills. Those who figure out either lie will go into my magic hat for the chance to win an eBook (open internationally):

1.  Joylene trained a wild tomcat by attaching a hair-brush to the end of a yard stick so she could brush his coat at a distance of three feet without having her legs torn to shreds.
2. Robert Goulet, singer, actor, best known for The Naked Gun 2 & 1/2, and for being portrayed by Will Ferrell in Saturday Night Live is Joylene’s cousin.
3. Joylene once won 10 bags of jujubes by eating 15 jujubes in one-minute while being blindfolded and having to pick up the candy one at a time with a toothpick.

So sleuths, which is the lie? Have you met Joylene? Love murder mysteries? Do you love cheese? And if so, what are you still doing here? Guess the lie and scoot! On to the next tour stop!

Posted by Crystal Collier at 6:00 AM