How about a reading year in review? What did you read that was epic?

It wasn't as big a reading year for me as normal. With the sleep deprivation and baby, I set my sights low thinking 30 books was a reasonable goal. And doubled that. Not too shabby, eh? So, of those 60 books, I proudly present my top 10 of the year:

#10 THE SCHOOL FOR GOOD AND EVIL: While I had reservations about this one as far as content, appropriateness, and plot for MG, the characters are so solid that I can still hear their voices in my head.

#9 POLAR NIGHTS: I never read murder mysteries. Never. But when you've got a vampire involved? This isn't your sparkly crush variety, but a nasty, age-warped creature. What I adored most about this book was being transported to the arctic tundra of Alaska. I tell you, even while living in Florida, I felt cold while reading this one. (Adult novel.)


#8 SCHISM: This was a fun concept with character arcs that really stretch. (YA to NA.)


#7 QUEST OF THE HART: A sweet fantasy featuring a Disney-like princess who has to get her "hero on" or say goodbye to the kingdom. A fun YA.

#6 ILLUSIONS OF FATE: I ADORED Kiersten White's debut novel, Paranormalcy, so I thought I'd give this one a try. I wasn't disappointed to be sure. It felt almost like Sarah J. Maas's Throne of Glass type world, but definitely with a softer tone. (No crazy assassin business.) A fun read.


#5 BEING HUMAN: This book may not appeal to everyone, but it won me over by its uniqueness and true-to-reality (alternate reality) voice. The underlying themes grabbed my heart and I adore the characters and the struggles they face. This is contemporary meets vampires in a world that's been through a vampire apocalypse. Probably the best thinking book of the year.


#4 THE EIGHTH DAY: Epicness wrapped in bacon. This MG book series is rapidly becoming a favorite in my household. The concept is epic, the characters are loveable, and the plot? We're fans.


#3 PEACHVILLE HIGH: This is an entire series. I read the first book in 2009 and have been itching to get back to it ever since. (Doesn't that speak volumes?) I binge read 4 books in the series over Christmas break (and I usually abhor witches).


#2 THE INQUISITOR'S MARK: Love. Love. LOVE! MG at its finest. Break out your imagination and follow characters who are the embodiment of epic sauce. (Second book in the series.)


#1 CHIMERA: OH. MY. GOODNESS. This was my absolute my #1 read. Absolute. One of the authors contacted me and asked if I'd be willing to review the book. I tolerate Sci-fi (and occasionally like it), so I shrugged and decided to go for it. Best. YA. All. Year. The characters are so rich, so real, and their struggles keep you pinned to the pages. Please, go read this. Now!

Last week Eric Price shared with us UNVEILING THE WIZARDS' SHROUD and THE SQUIRE AND THE SLAVE MASTER, along with two truths and a lie. Those who guessed the lie correctly were entered into a random drawing for the chance to win a print book and eBook.


The lie: #1. Eric met the guys in Earl through a friend who's a DJ for an independent radio station in St. Louis. He had been back stage at the Pageant with them, but the event he's talking about took place at a small club located above a restaurant. During a break, they had people go on stage and play. They tried to get him to take the bass, but he refused as he has negative musical talent. 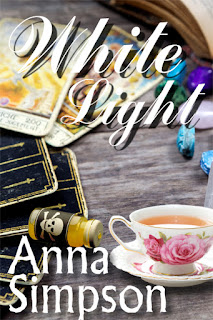 Emma never dreamed of being a super-sleuth. In her mind, she’s more Scooby Doo than Nancy Drew and when her nosy neighbor, Mrs. Perkins, drags her to an anniversary party to solve a mystery, she rolls her eyes, buys a box of chocolates and hops in the car.

What’s a party without an attack on its host—or more accurately on the host’s grandson, sparking an allergic reaction and moving the party to the hospital waiting room. Suddenly, everyone is a suspect. Emma and Mrs. Perkins, along with Great Aunt Alice (a spirit with boundary issues who keeps stepping into Emma’s body like a new dress and playing matchmaker), dive into an investigation that almost gets Emma killed along with the man they are trying to protect. With so many reasons to kill him and so much to be gained if he died, Emma and Mrs. Perkins must unravel the tenuous ties that point to every member of his family as potential killers.

Even if it means going back to the psych ward, Emma will protect her friend and this innocent man. What good is freedom if it’s haunted with guilt?
Get your copy HERE. 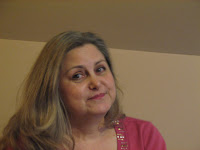 Anna Simpson lives near the Canadian-US border with her family. Even though she’s lived in several places in British Columbia, her free spirit wasn’t able to settle down until she moved back to her hometown.

She is easy to find though, if you know the magic word — emaginette. Do an internet search using it and you’ll see what I mean. :-)

You might find her with brie and a nice merlot when friends drop by. (It seems to set the perfect mood.)

Anna gave me two truths and one lie to test your "lie detector" skills. Those who figure out the lie will go into my magic hat for the chance to win signed bookmarks and a charm bracelet! (Open Internationally.) 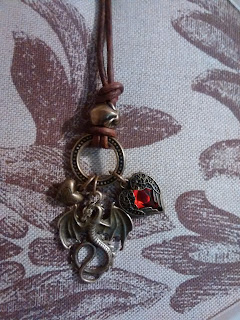 You have until Tuesday, January 19 at 1 p.m. EDT to guess. Be sure to come back for the answers on January 20.
TRUTH OR LIE

So sleuths, which is the lie? What are your favorite books from 2015? Have you read any of these? Do you like mystery novels?
Posted by Crystal Collier at 8:00 AM