1) What is the name of your character?  Is he fictional or a historic person?

I'd like to introduce a side character who will shortly take the lead in a serial story titled BELLEZZA. Meet Miles. Some of you know (and love) him. For everyone else, he's a fictional friend/sidekick to the leader of the Passionate.

2) When and where is the story set?

Miles's story starts in 1768 when he's a ripe old sixteen years of age, and takes place all over the world, but primarily in England.

3) What should we know about him?

Miles has a gift to "see through other's eyes." Because of that, he's been feared and avoided by most the Passionate. His parents became Soulless when he was 4 (enemies to the Passionate who hunt them on moonless nights) and he hears them calling for him every new moon. Loyal to the death, he is a timid soul who truly and deeply desires to do what's right, willing to sacrifice everything for the greater good.

4) What is the main conflict? What messes up his life?

Bellezza. She's unlike anything or anyone he's ever met, and while her thoughts/emotions are disturbing and volatile, he's drawn to her. She single handedly destroys the tentative balance he's found in life without doing more than merely existing, and now he's torn between doing what's right and following his heart.

5) What is the personal goal of the character?

To restore balance by helping Bellezza avenge herself of her enemies, and then get as far away from her as he can...without falling in love. (Since she'd probably kill him if she had any idea he cared.)

6) Is there a working title for this novel, and can we read more about it?

Again, the title is BELLEZZA, and if you'd like to meet the characters, you will find them in MOONLESS, SOULLESS, and a short story titled THROUGH THE PORTAL in Heroes of Phenomena (get your copy free BELOW.)

7) When can we expect the book to be published?

Life is going to be different around the baby, but the first episode should be available early 2015.

Ready to learn the lie and get an amazing FREE book?

Last week, Ian S. Bott shared GHOSTS OF INNOCENCE with us. (Which I recently finished reading and HIGHLY suggest adding to your TBR list--check out my review!) Ian also shared two truths and one lie. Those who guessed the lie correctly were entered into a random drawing for the chance to win his eBook.

1. For five consecutive years at school, Ian won the art prize despite not taking art lessons. Looking back, he feels guilty because there were some very good artists who were probably royally peeved.
2. At University, he managed to instigate a riot that hit national headlines.
3. He built a pirate ship in the back yard, complete with masts, flags, and crows nest.

#2. The riot happened, and it made national headlines (which you can still read about today if you know where to look) but Ian didn't actually instigate it. It was going to happen anyway as part of inter-college rivalry. He spilled out of the pub mixed up with a crowd of students who were going to invade a rival college. He ran down the street to find a vantage point to watch from, and the crowd behind him took that as a signal to charge. Merry havoc ensued.

Congrats Lynda!
And today we're taking a little break from the norm. I wanted to take a second and highlight HEROES OF PHENOMENA, an anthology about super heroes including short stories from 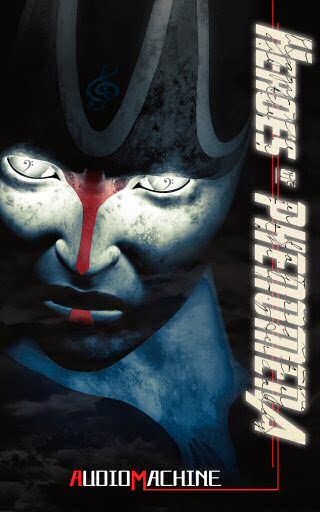 You can get your copy FREE and enjoy these incredible author's great stories from KOBO, Smashwords, Barnes and Noble, and iTunes, or get it for $0.99 at AMAZON.

A plug for my short story, JOURNEY THROUGH THE PORTAL: Bellezza has just begun her quest to destroy the Collectors, a fraternity of noblemen who kidnap and abuse gifted children. The only problem is that they know she’s coming.


Do you have a favorite character from literature? One of your own?
Posted by Crystal Collier at 8:00 AM