Find the Lie (I Dare You)

Before the fun, let's announce the winner for last week. G.R. Holton shared with us Dragon's Bow and offered a signed book of the winner's choice off his website. He told us two truths and one lie about himself, and those who guessed correctly were entered into a random drawing to win. The options were:

Nicely played, G.R.! Way to go those of you who guessed right! You are officially human lie detectors. And the winner is:

I guess that whole "Tennessee" thing was meant to be. Congrats Connie! 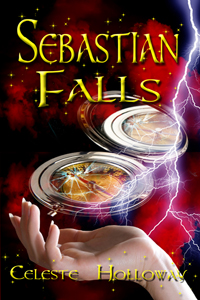 A year after her parents’ death, seventeen-year-old, Meadow Parker is close to having a grave of her own.

Beyond her shrink’s false diagnosis of PTSD, there’s no medical reason for her failing health. Only she knows the cause. But if Meadow told the truth—told them what comes for her at night—they’d lock her in a padded cell.

Seeking an end to her torment, Meadow agrees to visit the supernatural landmark her parents were obsessed with—the river that fuels her fears. On arrival, she's charged with an ancient power, and her destiny as the long awaited Keeper is sealed. Now the countdown to save the world and the battle for her soul begins. 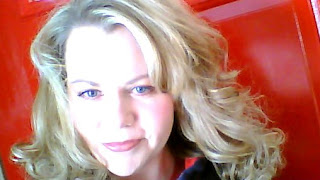 When Celeste Holloway isn’t writing, she might be found snuggled up, kid on one side, cat on the other, trying to read a book. She’s a non-recovering perfume addict living a small town life in Arkansas, but dreams of world travel. If she ever gets rich and famous, her first stop is Rome. A former hairstylist, she recently tossed her scissors to embark on a career as a fulltime writer. If you’d like to learn more about Celeste, visit her blog, Words Done Write or send her a friend request on Facebook.


She is addicted to Philadelphia Cream Cheese, and can be found hiding behind her fridge, indugling when she should be cooking dinner.

You can find her amazing book HERE. (And you should, you really should.)

Celeste gave me two truths and one lie to test your "lie detector" skills. Can you figure out the lie? Those who do will go into my magic hat for a chance to win an ecopy of Sebastian Falls. How cool is that? You have until Tuesday, August 13th at 1 p.m. to guess--and be sure to come back for the answer on August 14th!

Okay human lie detectors, which is it?

(Oh, and check out Mary Waibel's cover reveal from yesterday! Talk about stellar.)
Posted by Crystal Collier at 8:00 AM