I've been giving the subject a great deal of thought, and decided to share some of the things my dad taught me. 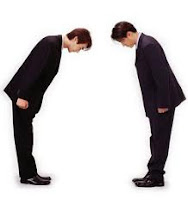 1. Honor: My dad was honest to a fault with everyone. He treated my mother with respect (always opening her door, never arguing with her in front of us, always greeting her with a kiss). He prayed for the leaders of our country and would rather take a hit on his taxes than accidentally claim something that might not apply. He taught by example.
2. A strong work ethic: He worked as a doctor. When I was young, he left at 7 a.m., got home at 7 p.m., and often delivered babies through the night. He built his own 6 foot fence around the yard. He fixed his own vehicles--and let me hand him tools while he did it. If there was a project to be done, he jumped in and got it done. Period.

3. Patience: You always knew when Dad was frustrated. His jaw muscles would clench, and the phrase "you turkey" might escape his lips, but he worked at it until he overcame an inherently explosive temper. Gratitude fills my heart that he allowed me to see him working through a weakness until it became a strength.

4. Forgiving: I clearly remember the first time Dad apologized for yelling at me--a time when I had been in the wrong. He entered my room, his head bowed, and said he was sorry, then expressed his love for me. Only the greatest of men can admit they're wrong, even if they're not.

5. Teaching: Dad had a bazillion hobbies. One was scuba diving, and he was kind enough to let me join in that adventure. Another was repelling and spelunking. I can't tell you how many high adventures I went on with my dad.


6. Loving: Dad was happiest when he was holding a baby in his arms. It's one of the reasons he and Mom had 8 of them. Not only did he always show love for my mother, but it was clear by all his interactions how he felt about people. If someone moved into the neighborhood, Dad was down the street helping them bring boxes in. If he knew of a financially struggling family, he would employ one of us to doorbell ditch and leave a package on the doorstep. And how did he spend his days? Healing the sick. I couldn't ask for a more selfless example.

Dad passed away several years ago, and although I miss him, he lives on through the things he taught me. They are a legacy I hope to pass to my children, and isn't that what family is about? One generation raising the next, passing on the good and discarding the bad for a brighter future?

We all fall short of the ideal, but I applaud all those who sincerely try. You are what makes this world awesome.

What's something you've learned from your father?
Posted by Crystal Collier at 6:00 AM