Who is Telling You Lies & IWSG

Truth is truth. Am I right?

I remember attending public schools in which we were somewhat indoctrinated to love our country. (It's bound to happen when the government controls the curriculum, eh?) Still, it wouldn't have mattered. As I learned true accounts of George Washington, Thomas Jefferson, Benjamin Franklin and others, I fell for their justified rebellion, and more especially, their vision while establishing a new nation.

To add to my patriotism, my Grandfather served in WWII as a pilot. He did his duty to country and world in battling genocide and socialism. My father likewise served in the Air Force as a doctor. Is it any wonder I would value my country?

Then I went to college.

The best history professor I've ever known emphasized again and again that history is entirely up to interpretation. He required us to read opposing original documentation (essays, surveys, etc) from specific eras. The goal was for us to look at the evidence remaining from another time period, and come to our own conclusions about the truth in the world.

At this point, I learned that some truth is based on personal interpretation.

We garner fundamental truths from our parents or our education, but the key is to keep an open mind and know when truth is solid, and when it is someone's interpretation.

As I've studied to write in other time periods, I've learned that people are mostly the same no matter the age (same sins, same weaknesses, same desires and hopes), but current society (social rules, cultural traditions, etc) shape a huge part of our reality. We all share aspects of our society, but our core values come from our personal truth.

For me, one MAJOR core truth is:

Personal agency, or the right to choose, is the key to happiness (or pain) in this life.

In writing, the stories we love are the ones where people make choices against overwhelming odds and conquer. (Like the Founding Fathers of America.) Why should life be any different?

If someone is telling you you deserve the easy path, that everything should be handed to you on a platter, they're lying. You deserve to fight. You deserve to choose, right or wrong, how your life will go, and the consequences that go along with each choice. You are ultimately the hero of your own story, and no one should take away your right to win your own battles.

So today (and yesterday), I celebrate America and all it stands for: its diversity, its freedom, its people. To me, it is the greatest nation on Earth. 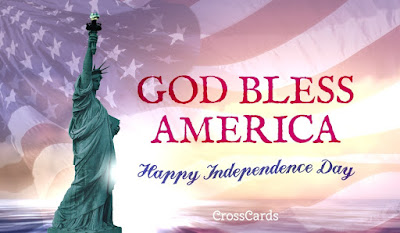 (This has been an answer to the IWSG post question for the month: What is one valuable lesson you've learned since you started writing?)

Two weeks ago, Beth Ellyn Summer shared AT FIRST BLUSH along with two truths and one lie. Anyone who guessed which was the lie was entered to win an eBook.

1. I really hate movies! So much so that I haven't been to a movie theater in eight years.

2. I appeared in a Saturday Night Live sketch once as an extra! It was nearly impossible not to laugh, especially around such a brilliant cast, but I kept a straight face.

3. I never learned to ride a bike.

From Beth: I interned for Conan O'Brien and Jimmy Fallon and spent plenty of time migrating over to visit the SNL studios, but I've never been in an actual sketch. It's a dream of mine though! Imagine getting to say those magic words, "Live, from New York, it's Saturday Night!" ? *swoons*


And now for a lovely debut novel I can't wait to read: 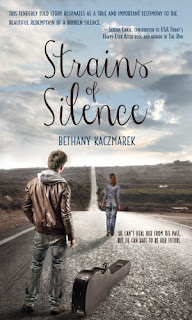 Music was her driving passion and the truest expression of her faith, but three months before her wedding, twenty-year-old Kasia Bernolak can’t even pick up her guitar. Feeling like a fraud who will ruin her dad’s pastoral reputation, she can barely meet his eyes. When Kasia finds the strength to break off her engagement, she still doesn’t realize the dangerous truth: Blake Hamilton isn’t ready to say goodbye. And he’ll do whatever it takes to keep her.

Alexander “Zan” Maddox has seen what a domineering man can do to an unsuspecting woman, and Zan is sick of injustice. He gave up a college baseball scholarship so he could protect his sister from her abusive husband. When he rescues Kasia from her ex-fiancé, he instinctively appoints himself her personal bodyguard. Now, all he has to do is keep from falling for her himself.

Kasia and Zan become fast friends, but true healing and justice might cost more than either of them is willing to pay

Bethany Kaczmarek loves to share her own journey of healing and redemption with anyone who needs it. Back from the Polish mission field where she and her husband worked with college students for six years, their home is often filled with twenty-somethings who come over for a listening ear (though she’s willing to admit it could also be for the board games and food). Other job titles: Wielder of Red Pens, Grammar Ninja, Wiper of Tears and Milk, Indie Music Connoisseur, and Friend. Bethany writes about places where grit meets Grace. Find out more about her at www.bethanykaczmarek.com.


Bethany is trying not to be obsessed with Drunken Goat cheese. It's as creamy and mild as gouda, and it's her "preciousssss." As someone who lived for years in Europe,  she got used to delicious cheeses--more than she could name. But she's recently developed an allergy to cow protein, so goat and sheep cheeses have become her cheesy lifelines. She moved to Wisconsin this month, and is literally surrounded by cheese, cheese curds, and Cheese Heads.

Bethany gave me two truths and one lie to test your "lie detector" skills. If you guess the lie, right or wrong, you will be entered to win an ebook of STRAINS OF SILENCE! (Open internationally.) If the randomly selected winner guesses correctly, they will receive a print copy of the book. (Continental US only.) DON'T HAVE A BLOGGER ACCOUNT WITH AN EMAIL ON THE PROFILE? PLEASE LEAVE YOUR EMAIL ADDRESS IN THE COMMENTS OR EMAIL IT TO crystal@crystal-collier.com WITH YOUR SCREEN ALIAS.

1. I've been married for 19 years, and we've moved 15 times.
2. I once lived in the country and had a cat named Taxi, because it amused us all to call for her.
3. I collect place mats from all over the world, and I love mixing them up at the table.

So sleuths, which is the lie? Have you met Bethany? How do you feel about personal agency? What is one major truth you have learned in life or through writing?
Posted by Crystal Collier at 8:00 AM