It's the most wonderful time of the year!

What are you doing with your holiday season?

Because of that, I'll be on break until the new year, but before I go, three things:

1. There's an AWESOME book up for grabs below. (Don't miss out on the Truth or Lie game.)

2. As a very "Merry Christmas", my publisher has dropped the price of my Maiden of Time trilogy by 40% through December 21. You can get the entire series in eBook for ONLY $9. (Regularly $15.) And this:

3. My blog tour rocked! I can't tell you how incredibly blessed I feel to have such wonderful friends on the blogosphere who shared, shouted, reviewed, and made me feel like a rock star. (Almost 100% 5 Star reviews. What?!?!) You are the best! Before you go, here's a quick run down of the posts and people who deserve epic cheese this season. Thank you, friends! (And thank you to everyone who participated. Winners will be notified via email, and prizes are going out December 1st.)

Two weeks ago, Rachel Schieffelbein shared DON'T FALL along with two truths and one lie. Anyone who guessed the lie correctly was entered to an eBook.

1. I caught a Snorlax in my living room.
2. I almost died when I was four.
3. I saw Patrick Swayze at a horse show.

From Rachel: I still don't have a Snorlax and I'm kinda bitter about it. Lol.

And now, here's a giveaway for a wonderful author who is super supportive of other authors and whose debut novel JUST came out. Ooh! 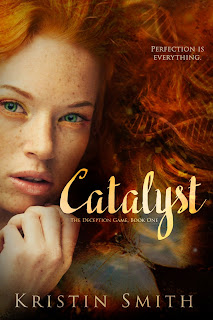 Too pretty.
Too smart.
Too perfect.

In a crumbling, futuristic Las Vegas where the wealthy choose the characteristics of their children like ordering off a drive-thru menu, seventeen-year-old Sienna Preston doesn’t fit in. As a normal girl surrounded by genetically modified teens, all of her imperfections are on display. But after the death of her father, everything she's ever known and loved changes in an instant.

With little skills to help provide for her family, Sienna clings to the two things that come easily—lying and stealing. But not all thief-for-hire assignments go as planned. When a covert exchange of a stolen computer chip is intercepted, she becomes entangled with a corrupt government official who uses her thieving past as leverage, her mother as collateral, and the genetically modified poster boy she’s falling for as bait.

In order to rescue her mother, there may only be one option—joining forces with the Fringe, an extremist group, and their young leader who’s too hot to be bad. Problem is, these revolutionaries aren’t what they seem, and the secrets they’re hiding could be more dangerous than Sienna is prepared for. In the end, she must be willing to risk everything to save the one thing that matters most.

Catalyst is a thrilling adventure of danger, romance, intrigue, and deception.

Kristin Smith writes young adult contemporary and science fiction novels. When she’s not writing, you can find her dreaming about the beach, beating her boys at Just Dance, or belting out karaoke (from the comfort of her own home). Kristin currently resides in the middle-of-nowhere North Carolina with her husband and five incredibly loud but extremely cute boys. To read more about her obsession with YA novels or her addiction to chocolate, you can visit her at kristinsmithbooks.com.

You might find Kristin pretending she's in a fancy restaurant while sitting at her scratched-up kitchen table, eating goat cheese on a cranberry, walnut salad.

Kristin gave me two truths and one lie to test your "lie detector" skills. Those who figure out either lie will go into my magic hat for the chance to win an eBook (open internationally):

You have until Tuesday, January 3 at 2 p.m. EDT to guess. Be sure to come back for the answer (and some FUN trivia) on January 4, 8 a.m. EDT.
TRUTH OR LIE

1. I'm the mother of five boys, and when I was pregnant with my oldest son, we were told by the ultrasound tech that she was 99.9% sure we were having a girl. Surprise! We ended up with a bouncing baby boy.

2. By the time I was 18, I'd traveled from the east coast to the west coast 3 times, but the first time I ever rode in an airplane was when I left home for college.

3. I once chatted for five minutes with Woody Harrelson outside of a bathroom in a casino in Las Vegas and didn't realize who he was until after he walked away.

So sleuths, which is the lie? Have you met Kristin? Love sci-fi thrillers? What does the Christmas season mean to you? What are you doing with your holiday season?