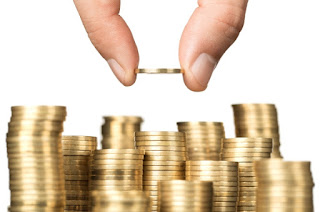 How do you place value on things?

When my husband and I were first married, he informed me that when buying things, he was a quality vs quantity type person. I scratched my head and responded, "As long as it's cheap." (In true poor college student fashion.)

Over the years, I've come to value his initial stand. Value for me means something holds its worth over time and through whatever difficulty or abuse may come. If it's a great waffle iron, it can take a licking and keep on producing crispy deliciousness. If it's a written work, it can stand the test of years and criticism (even the negative kind) and still remain a shining beacon of thought.

More importantly, I think that applies to how people live. The values we hold will prove themselves over time to be faulty, or pillars of truth. If you look at how people are living--their level of happiness, their mental state, their relationships--you can assess how true their value system is. Apply the scientific method by observing the experiments that are already in progress. What they/we believe is either a true principal, or it's not. So then the challenge becomes to find the examples of success in the areas that matter most and emulate their way of living.

Speaking of change... This year I'll be in a couple AMAZING anthologies and I wanted to introduce the first one: 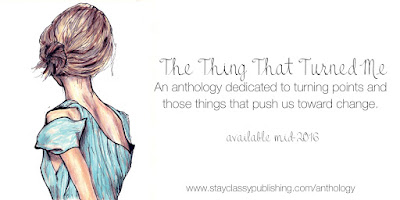 Lastly, I'm giving away books!!!! Check it out and enter to win. 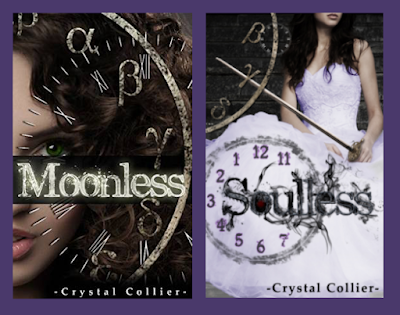 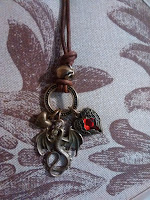 Now how about ANOTHER giveaway?

Last week Anna Simpson shared with us WHITE LIGHT, along with two truths and a lie. Those who guessed the lie correctly were entered into a random drawing for the chance to win signed bookmarks and an awesome charm bracelet.

The lie: #3. Alas, Anna has never overcome her fear of spiders. Beware the eight-leggers! 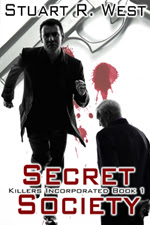 Leon Garber has his reasons for ridding the world of abusive people, call it justifiable homicide.

Opportunity comes knocking from Like-Minded Individuals, Inc., a global company fulfilling the needs of clients: new identities, security, and even lists of potential “projects.” But let’s not call it “serial killing” (such a nasty term). For Leon, it’s a dream come true. However, LMI’s put a target on Leon’s back, with no indication of why.

LMI, the police, sanctioned hit men, and a vicious psychopath are after Leon. He collides with other Like-Minded Individuals: The Good Samaritan Killer, The Mad Doctor, Donnie and Marie (don’t ask). Heads are chopped, dropped, and swapped as Leon fights for his life. But nothing will keep him from finishing his current project. Not even the chance to fall in love.

Sometimes a killer business idea is just that. Killer.
Get your copy HERE.

Stuart R. West is a lifelong resident of Kansas, which he considers both a curse and a blessing. It's a curse because...well, it's Kansas. But it's great because…well, it’s Kansas. Lots of cool, strange and creepy things happen in the Midwest, and Stuart takes advantage of them in his work. Call it “Kansas Noir”. Stuart writes thrillers tinged with horror and horror tinged with humor, both for adult and young adult audiences. Secret Society is the second of his novels to be published by Books We Love Ltd. He's also the author of the acclaimed Tex, the Witch Boy series published by MuseItUp Publishing. His first novel from Samhain Publishing, Demon with a Comb-Over, comes out March 1st. He’s married to a professor of pharmacy and has a 22 year old daughter who’s still deciding what to do with her life.

You might find him enjoying Jalapeno Havarti cheese (A little fire with your cheese, what could be nicer?) while watching Hitchcock films with his wife.

Stuart gave me two truths and one lie to test your "lie detector" skills. Those who figure out the lie will go into my magic hat for the chance to win an eBook of SECRET SOCIETY! (Open Internationally.)

You have until Tuesday, January 26 at 1 p.m. EDT to guess. Be sure to come back for the answers on January 27.
TRUTH OR LIE

1. I had over 50,000 movies on videotape in my basement. Due to mold and obsolete equipment, my wife and I recently rented a huge dumpster just to haul the tapes away.

2. Fifteen years ago I was in an alternative/rock/country-funk/performance art/comedy band. I wore pajamas and slippers for every show. My character was a sort of demented hillbilly who toted around a saxophone, but rarely played it.

3. I have webbed toes. But it's a bonus, because in high school gym, I was a championship swimmer. Shoes are hard to fit, though. I have to have them special ordered from WebsRUs.

So sleuths, which is the lie? What's something you value? Do you read anthologies? Do you like thrillers? Have you met Stuart before?
Posted by Crystal Collier at 8:00 AM