What is Life & IWSG

How are you living? And I don't mean that from a scientific standpoint.

It seems to me life is so short, shorter the older you get. So are we living to our full potential? I mean, really living? Today I have a free story for you that may get you thinking in that vein. 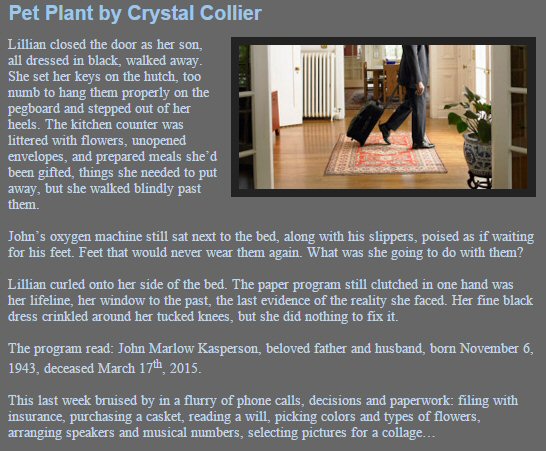 So here's the question: How are you living? In such a way where you perpetuate good feelings and the most important things in life? Or is there something you'd like to change?

As we enter the holiday season, I hope we take time to evaluate. My goal today is to make you insecure--enough to look around and decide if you're fulfilling your potential--whether through writing or everyday living. Can we do more? 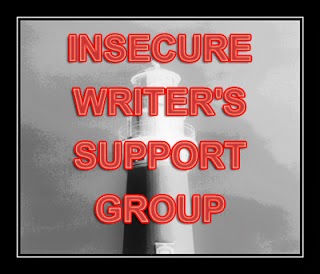 And now for the FUN stuff.

Mark Koopmans shared with us a REVIVAL, along with two truths and a lie. Those who guessed the lie correctly were entered into a random drawing for the chance to win a signed paperback.

1. Growing up in Dublin, Mark (13) was often bored. One day he saw an old mattress that someone had dumped over the side of the bridge. (The old “canal” below was now a filled-in grassy trail.) Mark thought about it for a few minutes, then he climbed over the edge of the cement bridge, and jumped about twenty feet onto what was (soon discovered to be) a very thin mattress. (No bones were broken in the making of this paragraph, but someone had to drive Mark home!)

2. Mark once worked as a manager for Planet Hollywood and would control the video clips shown on the many screens dotted around the restaurant. On this very busy day, (we’re talking 1998) he decided to show an (unedited) scene from Braveheart. Walking around the floor, he enjoyed watching people watching the clip—until he realized the scene included a series of swear words that sounded like “truck”… and they were about to go out live on the expensive, loud speaker system. (Luckily, Mark made it back to the A/V room and hit delete… just in time!)

3. Mark once kind of, er, bumped into (and woke up) Mohammad Ali, who was taking a nap while on a visit to a Cheesecake Factory Express in Chicago (now closed). Mark only hoped The Champ would forgive him and agree to take a picture with him—and he did!)

The lie: #2… the scene is correct, but Mark completely FAILED to get back in time, and all he could hear for a few moments was “F*ck this and F*ck that” ringing around the restaurant! (Luckily… none of the guests ever complained. He would have been in deep doo doo :). 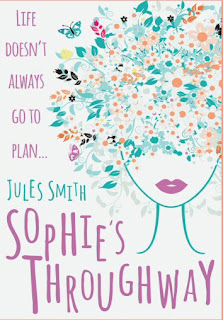 Sophie needs to find a way to balance the chaotic route she has been forced to walk down... a son she cannot control - diagnosed with Aspergers and PDA (Pathological Demand Avoidance), coinciding with the onset of raging hormones; a daughter she has to ensure gets attention so she doesn't feel left out; and an ex-husband who comes and goes as he pleases.

At the same time, Sophie struggles to hold down her job as an interiors writer for a magazine. Her rambling house is in desperate need of upkeep - her garden is full of overgrowing plants; there's no end of laundry, cleaning and cooking and there's not nearly enough money.

Only wine, chocolate and good friends keep Sophie from tipping over the edge. That, and the mysterious voice of her cyber love. Could he be the saviour she's been waiting for? Or has he been in front of her the whole time?

Told from the perspective of a mother who has to battle through life on a daily basis - fighting hard to keep her son in school, dealing with her marriage breaking up, giving her daughter her attention, maintaining her job and exploring her future love life.

Sophie's Throughway is a heartwarming read, written to inspire empathy and compassion within the reader, as well as increasing understanding for a condition that does not have enough public recognition.
Get your copy HERE.

I've read and reviewed this one, and it was a ride. See what I had to say on Goodreads. 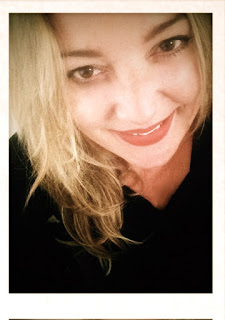 Whilst I have had many freelance roles in this field writing for tabloids, magazines and businesses, my preferred style is of a whimsical nature. I like to observe people, life and situations and find the humour within. I enjoy reaching into the deeper emotions of readers and making them feel. I write in a storytelling fashion that enables me to engage with the reader and paint a visual picture that they can relate to, or empathise with.

My personality test described me as a spontaneous idealist and I have to agree.  I am at my best and liveliest when playing with new, creative ideas.  I'm a great believer in freedom to express without restraints and being passionate about your work. If what you do doesn't bring you joy then you shouldn't be doing it; you'll never do it well.

As a pure bred English gal, my favourite cheese is Cheddar. It is delicious on digestive biscuits, toast and melted into soup. It is the most versatile cheese on the planet.  However, I visit France a lot and have a penchant for an array of fine cheeses (just not so much the smell of some of them).

Jules gave me two truths and one lie to test your "lie detector" skills. Those who figure out the lie will go into my magic hat for the chance to win a signed paperback of SOPHIE'S THROUGHWAY. (Open Internationally.)

You have until Tuesday, December  at 8 at 1 p.m. EDT to guess. Be sure to come back for the answers on December 9.

1. I have broken my nose 5 times.
2. I once shaved my head for charity.
3. I once met Duane Eddy (famous American guitarist) and asked him who he was. He said, “Duane Eddy,” and I said, “And what do you do?”

So sleuths, which is the lie? Have anything about life you want to change? Have you met Jules? Read any of her fabulous works?
Posted by Crystal Collier at 8:00 AM