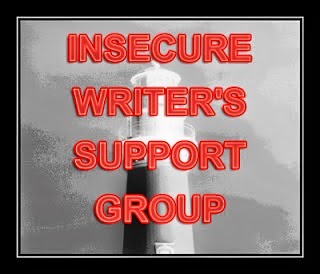 Are you a distance runner or a sprinter? Once, many many years ago (before I knew I had asthma) I ran track. Many of my friends were in it for the sprint. I could do the short runs, and I tied with the fastest girl on our team, but where I really excelled was in distance. It wasn't because I was fast, it was because I knew how to set a pace and stick to it.

As I get older I've noticed the people who seem to succeed in life are the ones who have figured out the long game.

So how does that apply to writing, and what the heck does it have to do with being insecure?

Well, I write in the long term. My debut novel is part of a trilogy which is a partner series to two others trilogies that all tie up together in a capstone series. (See diagram A, for Amazingly Insane.) Yes, we're talking 10 to 12 books. Because there's so much story, it's impossible to tell all of it in a single book, or even a single series, and this is where the pacing comes in.

Now the insecurity. There is a TON of world/character building that goes into a project like this. SO MUCH. When beta readers (or my editor) come back and ask certain things I reply, "Do you want to be surprised in the next book, or do you want me to spoil it for you?" I guess it all comes down to impatience. I want to scream, "Dude, I've got reasons for EVERYTHING and you are going to freak out when you learn them!" But I can't. Nope. I have to sit back and grimace because I can see the long game, but I'm the only one. On the flip side, I'm constantly biting my nails as to whether I should have given away more. How do we reconcile and find a balance?

Ready to meet a new author and enter to win an amazing book?

Last week, the spunky Sheena-Kay Graham shared SACRIFICE HER with us, along with two truths and one lie. Those who guessed the lie correctly were entered into a random drawing for the chance to win a book of their choice from the grab pool.

1. Sheena-kay has written song lyrics but can’t sing at all.
2. She won a three legged race against her brother at a family picnic.
3. She thinks it's creepy burying someone at sea without permission, even if it’s a terrorist.

#2. Sheena-kay says, one, she doesn't do running, and two, she wished she had family picnics. 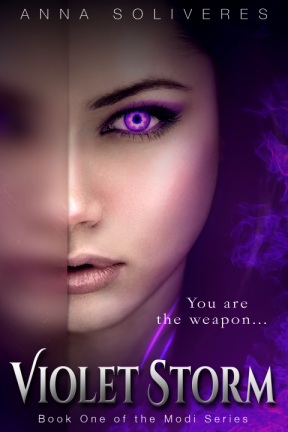 I am a champion athlete with all the skills of a fighter. I should have been untouchable.

A brilliant surgeon known for his invention of Modi’s—the only cure for the deadly disease, vaincre—has gone rogue with his experiments, and the Monarchy is desperate to shut him down. That's where Aeva Storm comes in, a champion athlete with an ego to match. Aeva is the surgeon's secret weapon against the Monarchy. And they'll never know what hit them. After reconstructing her body to become a Modi unlike any he's ever created, Aeva is forced into a fight against all odds. She'll have to break loyalties, hurt family, and turn her back on newly awakened love. Thousands of lives hang in the balance in a battle that will set forth a new era.


Join Aeva on her quest to see whether she's got what it takes to go up against the most powerful humans ever created.

Now let me introduce you to this fashionable and very kind author: 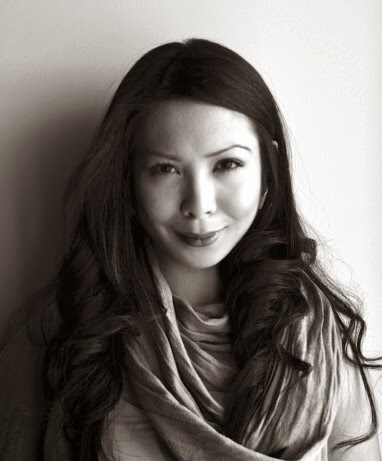 Anna Soliveres has always been a storyteller but it wasn't until her early twenties when she began writing novel length works. The result was an enthusiasm to get better at the craft until her work could be shared with the world. Releasing in March 2014, Violet Storm is her debut novel. Anna is currently working on another young adult science fiction series, titled Snow Dolls, set to release in late 2014.

Her favorite cheese is goat cheese (with jam) and you can find her eating it outdoors on a picnic blanket with a glass of wine.

AND IT'S HER BIRTHDAY!!!
(Wish her happy birthday, eh?)

Anna gave me two truths and one lie to test your "lie detector" skills. Those who figure out the lie will go into my magic hat to win an eBook of VIOLET STORM.

Help me with the cover reveal (book 2 in the Maiden of Time Trilogy) July 14-19.
Sign up HERE.

OH! And I should mention, the first page of SOULLESS is up for review/critique today @

Pop in and voice your opinion, eh?

Which is the lie? Doesn't the concept for Anna's book sound fabulous? Are you a distance runner? What long game are you working toward? Are you insecure about projects you're working on? Oh hey, and wish Anna a great birthday, eh?
Posted by Crystal Collier at 8:00 AM