True Heroes: Dare to Dream, or the infamous "D"

One of my favorite bits of advice from my teenagedom was "Dare to dream," and when you put that idea together with the fact we live in Florida, there's really only one option for D. 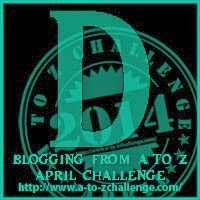 isney, Walt: Here's an extreme risk taker who believed so hard in his dreams that he risked EVERYTHING, and ended up leaving a family legacy for the world.

Walt dropped out of school at 16 and went to work for the Red Cross in France. Upon returning, he tried to find a career as a newspaper cartoonist, but no one would hire him. His brother got him a job at the bank, and he started creating ads for them. When he quit, he and a colleague tried to start their own commercial company.

He didn't give up though. He got another job, built connections, and started a "hobby" studio for animation with a friend in their off time. Innovating the cartooning process, he moved into cell cartooning rather than cut out cartooning and landed a deal with a local theater.

He was able to start his own studio full time, that eventually failed in bankruptcy. Fail #2.

Did he quit? No. He sold what little he could and relocated to Hollywood where he formed yet another studio, going into business with this brother. Finally some success... 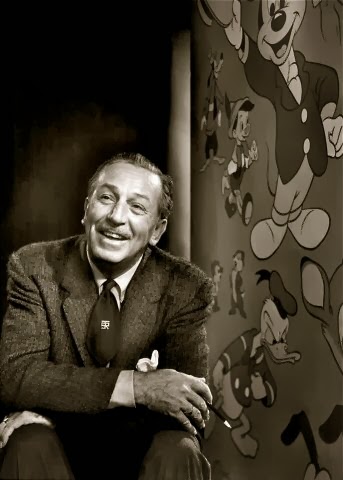 Until a New York studio stole his workers and intellectual rights for Oswald the Lucky Rabbit right out from under him. Ah, the legal system...

That would have taken me out of the game, but you know Walt. He didn't quit. He picked up a pencil and created his greatest success and lasting legacy: Mickey Mouse. Finally this inspiring entrepreneur got his feet under him. And then the biggest decision of his career: Snow White.

He mortgaged everything. The world was betting against him. He was literally living off his last pennies when the movie hit the silver screen, and blew the world away.

Did Walt stop there? No. Classic after classic, and then if that wasn't enough, an amusement park! Then another one, including an experimental futuristic community (EPCOT--which he never got to finish). Every endeavor was another huge risk, and as he tells his own story, he expected to lose his shirt with each one. This guy was a visionary and I hear his courage and determination every time someone sings, "No matter how you heart is dreaming, if you keep on believing, the dream that you wish will come true."

April ONLY, MOONLESS is $1.99! Get your copy HERE. DO IT NOW. (Because seriously, if you don't you're missing out.)


Who inspires you to take risks? Do you like Disney? What's your favorite Disney produced movie?