Love to be BAD

The lovely Freda Mans is featuring MOONLESS today, including a GIVEAWAY. Yay!

Also, Jessie Anderson and I are talking about our love of character weaknesses. Come chip in!

Do you ever find yourself disconnected with the world around you?

I had a wonderful experience this week. We move around A LOT. As in, the longest my hubby and I have lived anywhere is three and half years, and in our fourteen years of marriage, we've moved thirteen times, soon to be fourteen--two of those moves being cross country.

With pulling up roots so often, it's hard to let people in. I want to, but chances are we're just going to leave (or they will) and we'll lose contact. That kills me. I'm the type who loves instantly and deeply, but in recent years I've started to build some walls.

So the other day I sat in front of a group of fifty kids, children I know and love, ones I teach weekly, and it hit me how much I care about each of them. I realized I had let each and every one of them into my heart. And the best part? It doesn't matter that I will be moving again in six months. While I'm here, I have the privilege of loving and being loved by each and every one of them. How could I NOT appreciate that opportunity?

I think often we allow our past wounds to stop us from truly enjoying life, so my encouragement today? Don't. Open your heart. Let someone in. Sure there may come a time when you'll have to say goodbye or let go, but for today love and be loved.


And now, as you know, it is WRITERLY WEDNESDAY! Are you ready to meet a new author and enter to win an awesome book?

This is one I've been looking forward to for a long time, so I'm very stoked to share it with you. 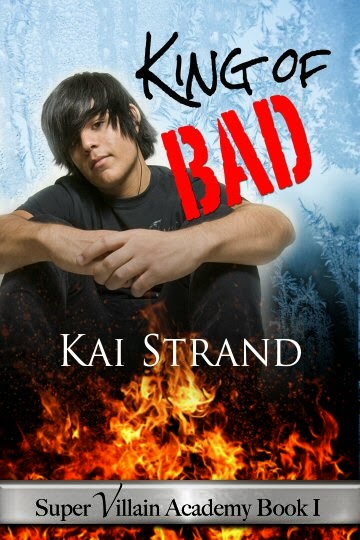 Jeff Mean would rather set fires than follow rules or observe curfew. He wears his bad boy image like a favorite old hoodie; that is until he learns he has superpowers and is recruited by Super Villain Academy – where you learn to be good at being bad. In a school where one kid can evaporate all the water from your body and the girl you hang around with can perform psychic sex in your head, bad takes on a whole new meaning. Jeff wonders if he’s bad enough for SVA.

He may never find out. Classmates vilify him when he develops good manners. Then he’s kidnapped by those closest to him and left to wonder who is good and who is bad. His rescue is the climactic episode that balances good and evil in the super world. The catalyst – the girl he’s crushing on. A girlfriend and balancing the Supers is good, right? Or is it…bad?

Buy it: Whiskey Creek Press, Amazon, Barnes and Noble
Add it to Goodreads 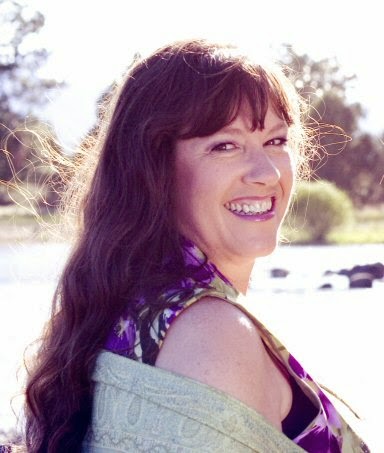 When her children were young and the electricity winked out, Kai Strand gathered her family around the fireplace and they told stories, one sentence at a time. Her boys were rather fond of the ending, “And then everybody died, the end.” Now an award winning children’s author, Kai crafts fiction for kids and teens to provide an escape hatch from their reality. With a selection of novels for young adult and middle grade readers and short stories for younger children, Kai entertains children of all ages, and their adults.

King of Bad released from Whiskey Creek Press in July of 2013. It has been on their Top 5 Best Sellers list since its release. Book two in the series, Polar Opposites, releases this June. It’s already on Goodreads and it would make Kai ridiculously happy if you added it to your to-read shelf also.

Kai loves cheese: sharp cheddar and muenster, brie and pepperjack, but if she could only pick one, it would be a good gouda on crackers on a fancy hotel room balcony overlooking the Pacific Ocean. (With the cry of seagulls, the shoosh of the rising tide, a glass of Shiraz, and her hubby.)

Find more about Kai and her books at www.kaistrand.com

Kai gave me two truths and one lie to test your "lie detector" skills. Can you figure out the lie? Those who do will go into my magic hat for a chance to win King of Bad. (Paper for US residents, eBook for internationals.) Eek! How cool is that? You have until Tuesday, February 25, at 1 p.m. EDT to guess--and be sure to come back for the answer on February 26.

1. A long-term guest of the hotel Kai worked for became smitten with her (to be fair, as an employee she was like a captive audience for the man). He owned a high end used car dealership and allowed her to pick out any car she wanted. She chose a Porsche 928, but only kept it for a few months.

2. To celebrate the opening of a manufacturing plant in Dublin, the company she worked for raffled off big prizes. She won a 60 inch screen television with surround sound and a trip to Ireland. She was one number away from also winning the African safari!

A quick reminder about the...
REVIEW RACE

Anyone who reviews MOONLESS between now and MARCH 10, 2014, and tells me about it HERE, will be entered to win... 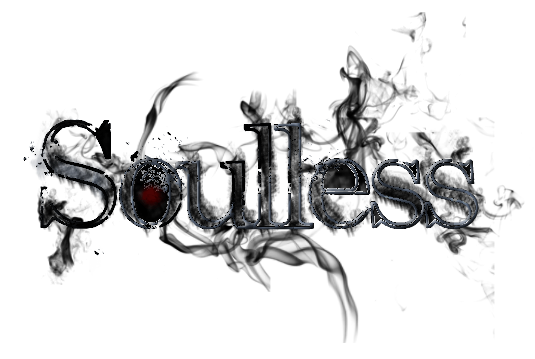 An advanced copy of book 2 in the Maiden of Time Trilogy (set to release July, 2014), AND a signed copy of MOONLESS.

Okay, which is the lie? Have you had an experience where you let someone in? And what do you think of my amazing Soulless logo? (My graphic artist needs some validation--so let it rip, eh?)
Posted by Crystal Collier at 8:00 AM