Guess the Lie, Win a Book

And now, it's time to announce the winner of last week's game. Last week Carrie Butler shared two truths and one lie about herself and those who guessed the lie correctly were entered into a random drawing for a copy of her new release, Courage.

1. Over 50 exotic animals (lions, tigers, bears etc.) were once set loose on Carrie's hometown.2. Her level 80 thief on Guild Wars 2 was named after a Firefly character.3. To win a bet, she once hugged a stranger for thirty-seven minutes. 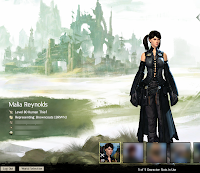 #3. She says hugging for her=epic fail. Want to read about the crazy crazy loosed on her hometown? Check it out HERE. And I, for one, am SUPER intrigued by anything related to Firefly. (BEST TV SERIES OF ALL TIME.) Ahem, so check it out...


And now for this week's special feature... 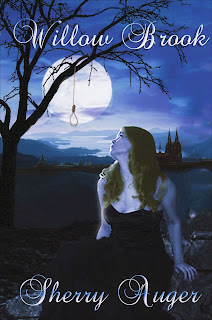 When school let out for the summer of her last year in middle school, fourteen year old Janet Marley had no idea that her life was about to change forever. She was ready to run away. Her mother died when she was seven and she had raised herself because her father, Judge Jonathan Marley, was still grieving. As she set out that night, strange things were happening in the sleepy town of Willow Brook, Maine. It was undergoing a transformation; buildings were fading, the landscape was different, and she was feeling a tug towards the woods. Janet is catapulted into the seventeenth century and comes face to face with the ghost of one of her ancestors who was hung at the age of six, accused of being a witch during the Salem witch trials. Janet learns that if she doesn't remain in the past, she will not have a future.

You can pick up a copy HERE.

Willow Brook is Sherry Auger’s debut novel.  She has had short stories, fiction and non-fiction, published online and in children’s magazines.  Using her degrees in Biology and Chemistry she co-authored science workbooks for children who are home-schooled. She is a member of SCBWI, Society of Children Book Writers and Illustrators, Maine Writers and Publishers, and several online writers’ groups. Sherry lives in a small town in Maine with her husband, Richard. Her mother, and a spoiled Maine Coon cat came to live with them a few years ago. She has two grown children with children of their own.

You can find her munching string cheese pretty much anywhere...minus the bathroom.

Sherry gave me two truths and one lie to test your "lie detector" skills. Can you figure out the lie? Those who do will go into my magic hat for a chance to win one paper copy or one eBook of Willow Brook. Eek! How cool is that? She's also offering 5 bookmarks to people who guess right, so get your guesses in now! That's right: 7 prizes and 7 chances to win! You have until Tuesday, November 5th at 1 p.m. to guess--and be sure to come back for the answer on November 6th and to view the winners.

1. Every book Sherry reads, she reads on her kindle.
2. She wrote Willow Brook in 30 days and took 3 years to edit it.
3. She researched a topic for a year before starting her WIP adult novel.