And now, it's time to announce the winner of a $25 giftcard from Kelley Hicken at Scribbleweed.com. Be sure to check out her writing challenge, and join the fun! Kelley shared with us two truths and one lie. Those who guessed correctly were entered into a random drawing for the win.

#2, Kelley did not actually have long hair in elementary, though she desperately wished she had.

And now for this weeks special feature... 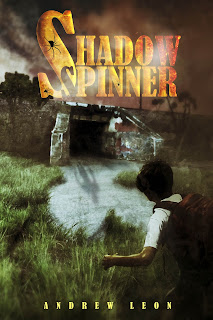 Tiberius has always thought of himself as a normal 10-year-old boy. Maybe he's a little smarter than everyone else, but that's still normal. He's scared of shadows, but everyone's scared of something, right? His mother's completely paranoid and called the cops the one time, just one time, he went over to a friend's house after school, but, still, he's normal even if his mother is not. At least, that's what he thinks until the day his mother finally decides to tell him about his father, and she tells him things that convince him that one of them is crazy, and he's pretty sure it's not him. That is until the Man with No Eyes shows up and his father falls out of the sky.

You can find the book HERE. 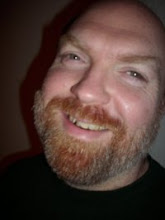 Andrew Leon has often been told that he does things the wrong way. For instance, he could walk before he could crawl. His parents were also informed that he went about reading the wrong way. Already reading before kindergarten, he went on to delve into texts about dinosaurs and astronomy by 1st grade as opposed to picture books like the other kids his age. Aside from wanting to know all he could about dinosaurs, the pictures of them were more fascinating than anything other than "The Monster at the End of This Book." At least one school counselor labeled him as "delayed" because of this. Of course, this happened at the same time he was winning the school reading contest.

His favorite cheese is brie and he prefers to eat it on sourdough bread with jam--something spicy (like chipotle). You can find him hanging out on his blog.

Andrew gave me two truths and one lie to test your "lie detector" skills. Can you figure out the lie? Those who do will go into my magic hat for a chance to win an ecopy of the Shadow Spinner Collection. Eek! How cool is that? You have until Tuesday, September 24th at 1 p.m. to guess--and be sure to come back for the answer on September 25th to view the winner!