The Death of the Dream 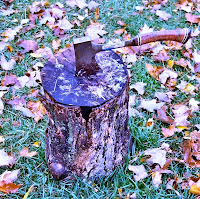 The neck is stretched out, vulnerable and bare.

And there you have it, the headless chicken.

Have you ever had a secret dream? One you wanted so bad you'd move the earth to have it? Since I was 6 years old, I've known what I wanted to do.

Grandpa said I could talk anyone's ear off as a toddler--I just had so much to say. I quieted down when I started drawing horses at 3, then unicorns, then cartoon characters. Pictures consisted of multiple layers or stories, characters doing things in the background that contributed to the overall development of a plot--and I was in heaven.

At six, I finally could apply words. My first book was "The Elephant Father's Day Surprise", illustrated and written by a steady-handed seven year old. Story dreams filled my nights, and their preservation led to my first non-illustrated (and handwritten) ten-page story at ten years old. 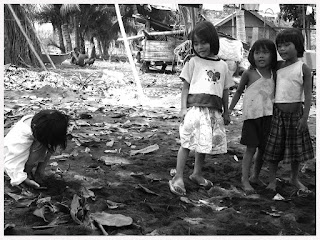 Writing through elementary school allowed me to escape from from 1. my older brother, whose life mission it seemed was to make my existence, well, not so happy, 2. the ostracization from my peers because I happened to have a funny name (C.Hicken--literally), and 3. the girls at church who turned their noses up because I was in a younger school grade. Writing enabled me to vent, emotionally.

At twelve I completed my first hundred page novella, and my plan for life. I would become a writer, published by the grand old age of sixteen--a career I could easily manage around my expectations of being a wife and mother one day. I smile now to think back on that.

The one thing that is inevitable in life: change.

We moved to a new neighborhood. I stepped into a new school with the chance to be whoever I wanted. (Chicken became cool, by the way.) We were attending a different congregation where I was not only accepted, but welcomed with open arms. My brother finally realized that I loved him, despite it all. Life was no longer one cloudy storm after another. I could see the sun, and it illuminated the world with new-found understanding.

People are what really matter.

At 14 I made a firm decision to quit writing. It was one of the hardest things I've ever done, but I did it to become a better person.

I've often wondered who I'd be if I hadn't quit. Where would I be now? I know myself. Once I set a goal, let heaven and hell get out of the way. It's going to happen. I would have researched, attended conferences, met agents, completed a writing program in college, entered every writing contest and won myself a place on the shelves.

But at what cost?

When this life is over I won't look back and say, "Man, I'm sure glad I had a successful career." I'll see the faces of my children, my husband, close friends, relatives and others, and I'll think, "What an amazing life I lived." 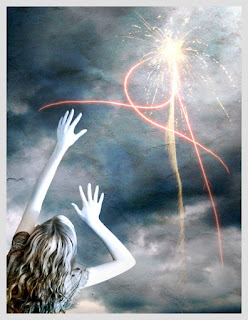 So back to that dream. Is it okay to let it die? Ten years ago I completed my first full-length novel. Nine years back I got my first rejection and finished my second novel. Eight years ago I wrote a musical and expanded to orchestral composition. Seven years ago I moved to New York City, met my first literary agent, discovered the joy of editing, wrote another novel, and turned my back on the idea of public school. (I mean, it was NYC. Can you blame me?) Six years ago I put it on hold to raise two babies and home school my oldest (while writing book 5 for fun). Five years back I started a blog--simply to share my writing with family and friends on the other side of the country. Four years ago I finished book 6.

People tell me I'm a great writer. People say they love my stories. Those people aren't agents or publishers.

The last rejection jarred my eyes wide open, and so I am on the verge of killing the dream--the one that got me through some of the hardest years of my life, the one that has always been my distant star and great hope. Maybe I don't need to be published by someone else. Maybe I don't need an agent to validate my talent. Maybe I should give in to my hubby who keeps begging to let him publish me.

Why do you write? --or do whatever you do? And what is your life-long dream?
Posted by Crystal Collier at 4:28 PM