The America that Was 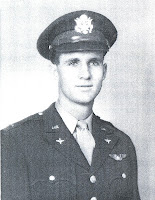 My grandfather fought in World War II. As a pilot, he recalls sitting on a hill in the Philippines and looking out over foreign landscape, wondering if he would ever have a family. To him and the thousands of others who have served their country, I salute you. There is no greater love than a man or woman being willing to lay down their life for their friends. 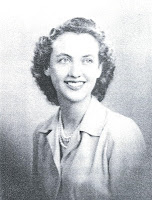 Thankfully for Grandpa, there was a happily ever after. He married an amazing woman, served the Salt Lake City area as a respected physician for many many years, and has built a legacy of productive, god-fearing children, none of whom would enjoy the blessings of freedom without  his and other veterans' willingness to serve. Instead of laying down his life for a great cause, he lived his life for a great cause, bringing forth a generation of hard-working people who fight to keep America great.

I have often heard my grandmother say she wishes we could see the America she grew up in. It has changed so much. She was a professional secretary, and the technological leaps are baffling to her. The conveniences we enjoy are things she never takes for granted. BUT, in one vital way this America is nowhere near as wonderful as the one she remembers. 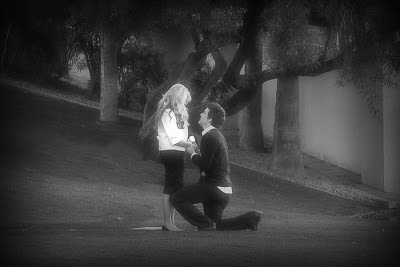 When I was a kid, I recall every great romantic movie or story ended with a proposal. There was no greater sign of love than a life-long commitment to the other person. The expectation was that you'd grow up, get married, have kids and do your very best to raise them in a moral and disciplined environment--like the one your parents and their parents before them created. And why? Because you were building the future and perpetuating a society that thinks more on the good of the future than individual satisfaction. (Like the world for which our veterans and military have sacrificed.) Fathers went to work to provide for their children. Mothers remained at home to build and maintain a loving environment that was clean and wholesome for raising a family. Children attended school and obtained an education under the tutelage of caring instructors.

True love is about sacrifice, and we could see it in our parent's every-day choices.

One thing I've learned in my short 32 years: people have short memories.

The society we live in today has forgotten many of these lessons. Be that because of media influences, or the gradual turn toward a "me" mentality, the result is the same: increased divorces, a majority of children being born to unwed mothers, a loss of confidence and hope in children about the future, a populace who chooses to legalize addictive and damaging drugs, a presidential candidate who champions abortion (oh, I mean the murder of unborn babies--because let's call it what it is), and a society that no longer believes in the sanctity or importance of marriage. Who is going to stand and fight against this decay of morality? 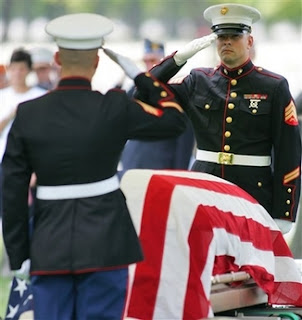 This is no longer the America where I was born, but I am fighting, just like my grandfather, for the values that I hold dear. Every day I spend hours educating three children I hope will build a better future for our nation. I give hours each week to church and community associations that strengthen families and teach lost morals. I keep a daily journal to remind myself the reasons I do what I do, and recommit each morning to continue the fight. We've banned TV from our home to keep out immoral influences and monitor what our children read and view online.

Will you join in that fight with me? Will you commit to build a stronger America (or whichever country in which you reside), and a brighter future for the world to come?

America is a burning beacon of hope for the world. Let's keep it shining bright.
Posted by Crystal Collier at 10:18 AM