"Looking at You" Writer Challenge

Peeking around the corner of a tree, I shriek. The barrel of a gun butts against my nose, and I rise. Game over. 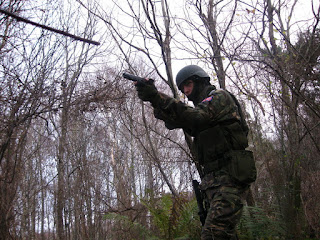 Okay, maybe I'm being over dramatic. You know how sometimes you just trying to lay low? I haven't been back in ol' bloggerville for very long, but I don't think I can hide anymore--too many awesome blogging friends out there. (Hello awesome blogging friends!) My wonderful buddy Kerri Cuevas, the instigator of the Choose Your Own Adventure bloghop, tagged me in a new writing challenge.

The rules: Find how many times the word "look" appears in your manuscript or work-in-progress. Then post your favorite three paragraphs with the word "look" in it. Tag 5 other writers and let them know they were tagged. 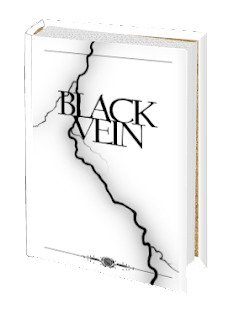 This is hard. I'm between projects right now and keep bouncing back and forth, but because it's the one I'm exchanging first chapters on, let's go with Black Vein. The rough blurb:

Seventeen year old Ivy has been with the Sova family since the tragic night both her foster parents were murdered, but she's not a servant like most humans in Black Vein society. As a favored child, she can’t imagine anything more wonderful than her betrothal to one of them and becoming a permanent member of her immortal family—until Hunter the hunter shows up.

For the first time she questions what it truly means to be human, the aspect of herself she's grown up despising, and is she willing to give up her humanity for an eternal existence of nighttime? More importantly, is she willing to sacrifice her family, all she has ever known and loved for the freedom to be flawed?

Blurb 1: Did I look like one of them? What did he see when he looked at me? The nearly eighteen-year-old who lived under a veil of deceit and expected promise, or an average misled teenager, in the wrong place at the wrong time?

Blurb 2: “Hm.” He closed the file, a suspect look sweeping again over me, obviously assessing if I might have been the cause of the Demelo’s fate.

Blurb 3: I didn’t want to look at the pictures, to see the charred-black corpses, perhaps even acquaintances from earlier years. And what would Officer Drake think if I started babbling madly about Hunter the hunter, a secret society of blood-thirsty elite, and the war which had been raging for millennia?

And now for the next round of writers being challenged (this one goes out to recent followers):

Well, that's it for me. How many projects do you have in the cue, and which one do you love most right now?
Posted by Crystal Collier at 9:56 AM