The Dicken's Infection: Too Many Characters

I love you, but you write TOO MANY CHARACTERS into a single story!

AKA: Your greatest fan.


I have mixed feelings on this subject. Strong characters make my world go round. I believe in writing lives that feel realistic and complex—which means conflict surrounded by conflict, people surrounded by other people. (Unless they live on an island in the middle of a lake, surrounded by security fences and high voltage warnings. Hello Uncle Henry!)

How many different individuals do you associate with in a given day? (That number’s going to be smaller for a recluse like me…unless you count social networking.)

I’m in the process of reading WRITING THE BREAKOUT NOVEL by Donald Maass. 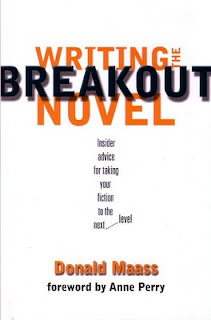 Great book. In strengthening characters, he talks about regular relationships and suggests a method of crunching several people into one: “Combine roles”. Grab hold of that burger flipper in the story (MC’s best friend), and mesh them with the by-night taxidermist--the one who operated a tattoo shop in Mexico ten years back and gave your protagonist his first ever tattoo. Now let’s mix him with the agoraphobic neighbor who spends his free hours with a beebee gun, waiting for magpies to invade his yard. Suddenly, this character has a great deal to offer. The Dicken’s method would have been to introduce each of the characters individually: the burger flipper, a by-night taxidermist, an old best-friend whose tattoo shop closed its doors, and the angry neighbor whose only outlet is pelting birds.

Not saying this is the best or only method to cut down on character overload. In some instances a plethora of characters is desirable, but in most cases (as with Dicken’s), it makes for whiplash, head scratching, and a lower self esteem on the reader’s behalf. (“I swear I should remember who that is…”)

I say the solution, if you’ve got the Dicken’s infection (like me), is to introduce no more than one or two characters at a time, and make them memorable! That’s one thing Dicken’s did well. Who can forget John Jarndyce with his easterly wind (BLEAK HOUSE), or Little Emily--whose innocence could win Ebenezer himself (DAVID COPPERFIELD), Sydney Carton—the Jackal (TALE OF TWO CITIES), or Miss Havisham—mentally ill woman who still wore her wedding dress decades after her fiancé ditched her (GREAT EXPECTATIONS)? 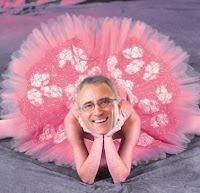 When the character enters, set them apart. Bob steps into the office wearing a tutu. He lost a bet. I mean seriously, who’s going to forget a business man in pink? Angeline is introduced while using a high heel to hammer flies in her cubicle. Rodney asks the MC if he can pick the raisins out of his cafeteria oatmeal.

Finally, never place emphasis on a character unless they are pertinent! Every character in Dicken’s stories seemed worthy of a name and description. If they’re not going to make more than a thirty second appearance, why bother with a name? If we’re never going to hear from them after the second chapter, why bother with a description? Toss out a detail and let the reader fill in the blanks.

How many characters is too many?

Posted by Crystal Collier at 12:38 PM