Why are action sequences so hard to get right? You can spend hours pounding out the exact moment, and still come away with it all wrong. 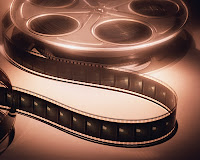 I dabbled in film once upon a time, and I realized cinematography can be compared to writing. Both arts require that we depict a world, create the right mood, and engross our audience. What are some elements of cinematography? Shot length. Saturation/Coloring. Angle.

Have you ever noticed the length of camera shots in any given film? Try it. Pull up your favorite movie and count how long the camera remains in one place. Ten seconds? Three? Now compare an action sequence to a panoramic scene. See the difference? As a writer that’s exactly what you have to get your reader to feel—but your tool is not a camera, it’s sentence structure.

Choppy sentences engender urgency. They demand we pay attention. They speak volumes. What’s not said is as important as what is said. Word choice is paramount. 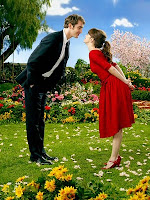 Saturation and hue are another important aspect of cinema. You may not notice it initially, but compare Pushing Daisies (awesome old TV series) to Underworld (for all you vampire fans). Do you see it? The over-saturation of brilliant colors in Pushing Daisies immediately communicates to the observer the mood—chipper, and primed for smug comedy. Contrarily, the dark, luminescent coloring of Underworld instantaneously tells us this film is serious, potentially brooding, and timeless. 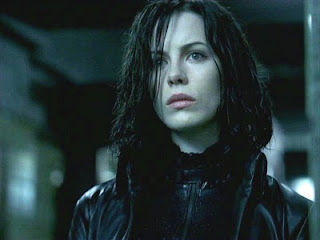 In our sequences, how do we see the scene? Bright? Dim? Comedic? Serious? The more directed the tone, the better an image the reader will form. Again, word choice is paramount. Do we use “downhearted” or “devastated”? “Pulchritudinous” or “Beautiful”?

Angle=perspective. These are so important in film that directors, cinematographers and writers frequently confer to get it just right. You can show someone being beheaded several ways. Imagine a falling blade and an observer’s reaction. Or, you can actually witness the gruesome episode. I find not seeing is terribly effective. From the third person you have the power to show the reader everything, but limiting that omniscience and honing in on what is most important will strengthen your voice. From the first person perspective you are limited to what the main character perceives. In writing action sequences we have to remember that, to hold to it. Think how the character would think. Say what the character thinks. Nothing more.

Imagine your action sequence as a film. How long would your shots be? What angles would you take? What color saturation? Now, paint your scene exactly. Make it flow, or not flow to create the mood you want.

And now, the example: