It's way too easy to get swept up in the seriousness of life. Don't you agree?

So here's a reminder to be a little lighter hearted, to do things that make you laugh, to take time to occasionally be a kid.


1. Because...Oooh! Bouncy!
It's way too easy to get paranoid about taking risks or looking silly.

2. Your inner child is DYING to come out.
No seriously! If you don't let it out occasionally, it will die.
(And who doesn't miss playing in the ball pit?)

3. Sometimes you just have to go for it. Let the consequences be what they are!
Dive!
(I wonder how many times he washed those pants and still found leaves hiding in them.)

4. Allow yourself to occasionally be silly on the job!
A little groove goes a long way.

5. We all want to be Superman. I mean, er, fly!
You can't fly with out the danger of falling/crashing.

AND NOW, don't forget that

Have a magical day, and win a book below!

Two weeks ago, Liz Long shared SUPERNOVA along with two truths and one lie. Anyone who guessed was entered to win an eBook.

From Liz: My husband and I love Jeopardy; I've always loved it to be honest, watching it almost every night growing up. We're those people who shout the answers at the TV because we're so excited when we know it. Maybe one day I'll be on there, but it would have to be one of those specific ones, like College Jeopardy...Author Jeopardy? ;)

Speaking of fun, you can win an AMAZING book from one of the funnest people I've had the pleasure of knowing online (and it has nothing to do with our matching first names): 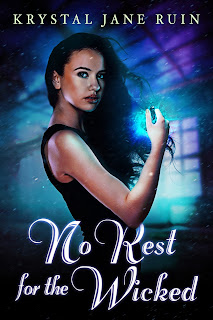 Since her release from the psychiatric facility and into the smothering guardianship of her aunt, twenty-one-year-old psychic Tatum Torabi has been sneaking away to sell curses and plagues in the underground, a black market known for illegal and supernatural wares.

Tatum’s unique abilities catch the attention of a hella-creepy trash peddler who offers her a job tracking down people who owe his boss “a favor.” She couldn’t be less interested, but when she refuses, the company forces her compliance by threatening the lives of the only family she has left.

Because tracking barely scratches the surface of what they really want from her. There’s a reason Tatum is so good at making curses, and they want her to use those skills for a much darker purpose. 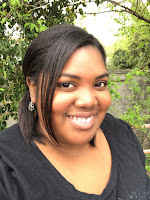 Krystal Jane is the author of supernatural and paranormal fiction. She lives in the Tennessee Valley with a collection of swords and daggers. She hopes have a full fledged collection of medieval weapons one day.

When she's not hoarding stuffed pandas, hourglasses, and Hello Kitty replicas, she can be found drinking chai tea, knee deep in Sudoku, in a YouTube hole, or blogging about books, writing, and random things at KrystalSquared.net.


Krystal loves cheese but can't eat it so much anymore so she saves it for special dishes like Panera's Fuji Apple Chicken Salad with Gouda. Otherwise she dives into her new vegan favorite: Follow Your Heart Vegan Parmesan Shreds - makes the best pizza for people who can't eat cheese!

Krystal gave me two truths and one lie to test your "lie detector" skills. If you guess the lie, right or wrong, you will be entered to win an A bookmark, print copy of NO REST FOR THE WICKED, and dark fantasy coloring book. (Open internationally.) IF YOU DON'T HAVE A BLOGGER ACCOUNT WITH AN EMAIL ON THE PROFILE, PLEASE LEAVE YOUR EMAIL ADDRESS IN THE COMMENTS OR EMAIL IT TO crystal@crystal-collier.com WITH YOUR SCREEN ALIAS. 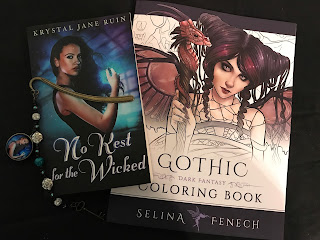 So sleuths, which is the lie? If you could abandon life today, what kid-like behavior would you engage in? Have you met Krystal Jane? Do you like paranormal books?
Posted by Crystal Collier at 8:00 AM