Easter is a Shapeshifter

For instance, where did the word Easter come from?

Originally it was called "Pascha," meaning Resurrection Sunday. (From the Jewish pesach, or Passover.) The word Easter comes from "Eostre," originally Ostarmanoth (or Eostremanoth), the name Charlemagne replaced April with. Eostre is an Anglo-Saxon word meaning "the month of opening" or "the month of beginnings," aka, SPRING. So because the Pascha fell in the season of Eostre, it eventually took on the name of Easter. (Word evolutions are a funny thing.) 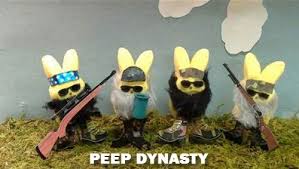 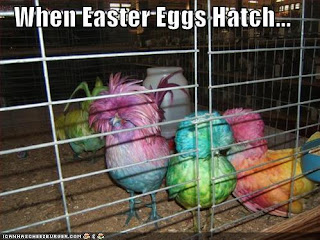 You've probably heard that "Easter" came from pagan roots. That's what I'd heard. That may not be so. In fact, Easter eggs were a sign of new life. Bunnies were a symbol of new life as well in the sense of fertility. Might they have entered the picture later as a pagan symbol? Sure. But maybe not.

So whether you're religious or not, whether you believe or not, this recent holiday celebrates a sacred, religious moment in history. A moment that gives me hope.

Two weeks ago, JA Andrews shared A THREAT OF SHADOWS along with two truths and one lie. Anyone who guessed was entered to win an eBook, and if the randomly selected winner guessed the lie correctly, they would win the bonus A KEEPER'S TALE.


1. I have aphantasia, which is the inability to make pictures in my own head.
2. I hate aluminum foil so much that I refuse to touch it. Or anything it’s wrapped in.
3. I have a degree in rocket science.

From Simone: Huge lie. I actually have OCD and I'm a neat freak! I can't stand any extra clutter or things out of place. I like my house to look like a museum. Sometimes I drive my husband a little nuts with all of my organizing and getting rid of things we don't need, but our home is very peaceful.

And now for an AWESOME fantasy: 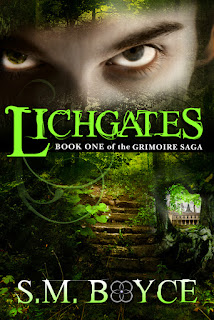 When Kara Magari uncovers a secret door in the middle of the forest, she discovers (and trips through) a portal to a hidden world full of terrifying things: Ourea. She just wants to go home, but the natives have other plans for her. She clashes with immortal shapeshifters, is carried off by a dragon, nearly dies on several occasions, and somehow becomes the master of an ancient book of magic called the Grimoire. Every time she thinks she’s safe, her new “friends” show their true colors.

Kara needs an ally, or she might not survive Ourea’s monsters. She drops her guard when Braeden, a native soldier with a dark secret, vows to keep her safe. And though she doesn’t know it, her growing attraction to him may just be her undoing.

For twelve years, Braeden Drakonin has lived a lie. The Grimoire is his one chance at redemption, and it lands in his lap when Kara Magari comes into his life. Though he begins to care for this stranded girl, there’s something he wants more. He wants the Grimoire.

Welcome to Ourea, where only the cunning survive. 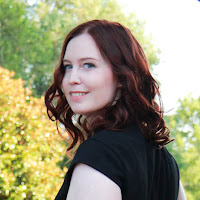 When S. M. Boyce graduated with a degree in creative writing, she realized that made her well-qualified for serving French fries. It would take years of writing hundreds of thousands of words of all kinds before she became the fantasy and horror novelist she is today.

Boyce specializes in action-packed stories that weave in fantasy, mystery, and heroines with a knack for mischief. All romantic leads are based loosely on her husband, who proves that soulmates are real.

You might stumble across her munching on brie and apples.

S.M. Boyce gave me two truths and one lie to test your "lie detector" skills. If you guess the lie, right or wrong, you will be entered to win an eBook of LICHGATES. (Open internationally.) IF YOU DON'T HAVE A BLOGGER ACCOUNT WITH AN EMAIL ON THE PROFILE, PLEASE LEAVE YOUR EMAIL ADDRESS IN THE COMMENTS OR EMAIL IT TO crystal@crystal-collier.com WITH YOUR SCREEN ALIAS.

1. Before quitting to write full time, I used to work as a software tester and was even promoted to lead/deemed the project expert of the software.
2. I planned a cross-country move from Maryland to Washington state in 2 weeks, from idea to move-in.
3. Due to an addiction to glittery things, I own 24 carats worth of diamond jewelry.

So sleuths, which is the lie? How do you feel about Easter? Do you celebrate it, and if so, how? Have you met S.M. Boyce? Do you like portal stories?
Posted by Crystal Collier at 8:00 AM