Valentines, Dragons, and Ninja's, Oh My! (Plus IWSG)

Would you like a chance to win MY BOOKS? (The Maiden of Time trilogy?) Keep reading... 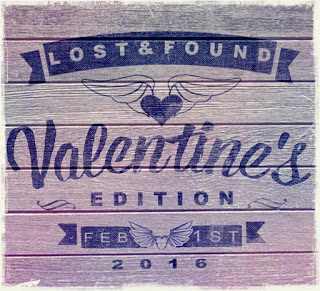 From Arlee Bird at Tossing it Out and Guilie Castilol-Oriard at A Quiet Laughter, and co-hosted by Elizabeth Seckman, Yolanda Renee, Denise Covey. and Alex J. Cavanaugh.

I can't do this
echoes loudly
over the petulant stares
and hungry faces
waiting to be fed
my anguish.

I stand straight
smile plastered and cracking
chasing a single breath
blinded to the crowd by
a well of loss.

For he lies in that casket
now closed
to open at some distant date.
Long, long in the future.

Did I know him at all?
Well enough?
Or is he a stranger?

His world so distant.
So dignified.

Farther than I could reach.

Though reach I did,
a child cooing for his pleasure
a girl trusting his grasp while treading ripples
a young woman handing greasy tools beneath an elevated van
a daughter locked behind a piano to produce an adequate eulogy of love.

The song that waits
trapped by four
bloated words:
I can't do this.

But he is not gone.
He is listening
championing his little girl, though unseen.

My throat opens.
I sing for him.

And though I cannot see him,

I am wrapped in his love.

In my home, Valentines Day is a family holiday. My husband buys/makes gifts for each of his kids and they wake up that morning to a daddy surprise. My father did similar things--surprises. That's one aspect I remember him best for. He passed away in 2004, and though I sometimes speculate about what life would be like if he were physically present, I can attest that he is not far. Those who pass on are closer than we think.

Find the rest of the hop HERE. 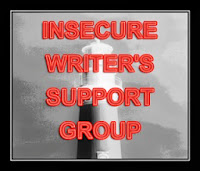 As far as IWSG, this is it this month, folks! Emotion is what drives powerful writing--the good, the bad, etc. What emotion are you experiencing right now, and how can you use it to better your writing?

Now how about a giveaway? (One that's a little lighter hearted?)

Last week Rena Rocford shared with us ACNE, ASTHMA, AND OTHER SIGNS YOU MIGHT BE HALF DRAGON, along with two truths and a lie. Those who guessed the lie correctly were entered into a random drawing for the chance to win an ebook.

1. I once wore the Hope Diamond. I was working at the Smithsonian for my master's degree, and the Hope Diamond was just being put back into its setting after being scanned for a documentary to see if it was possible to get the Hope and another diamond from the Cul de Mar. They were about to shine up the diamond and they were letting the resident scientists wear the diamond. It was surreal.
2. One time, a person fell out of the sky into the middle of a field trip I was leading. Then, he flew away.
3. I once pulled a matched pair of black pearls from an oyster at a pick'a'pearl. But first, I told the guy running the kiosk that I couldn't buy one because I would pull a pair of matched, black pearls, and that would blow his mind. He said he didn't believe me, and the rest is history.

The lie: #1. And by way of fun, Rena said: I did see the Hope up close and personal. They had it out of its setting for a documentary to see if it could have been cut from the Cul de Mar, but I didn't wear it. No one wears it. My adviser held it, but I didn't have the nerve. So, there I am, standing inside a vault, inside a vault and they're passing around the Hope Diamond. The Hope Diamond. My brain leaked. Then, I was looking around and there was a diamond necklace. At first, I thought it was a fake. Then I thought about how I had to walk past two armed guards to get into that room. Every gaudy, shiny bit of of everything in the room that had looked like a cheap tourist attraction suddenly looked VERY different. There was a solid gold statue of a camel with crushed rubies mixed into epoxy to color the blankets. The diamond necklace in the box with silk could only be real diamonds. I pointed it out. The guy said "Oh yeah, that's the necklace Napoleon gave to Marie. That's the package he gave it to her in." This necklace. And I held it--in the same package Napoleon held.

Interesting side notes about the truths:

I had the matched black pearls made into a pair of earrings. I wear them when I need some extra luck. I'm suspicious that all the luck is worn out of them with that spectacular origin story, or they are wiser than I am and realize I haven't really needed their luck just yet.

As for the guy who dived into my field trip, he was just launching his parasailer. It hadn't caught the wind yet (it wasn't the best launch). I saw something out of the corner of my eye and slammed on the breaks. The parasailer fell onto the van, dragged his bottom across the windshield, tweaked the antennae and flew away.

And now for this week's feature... A ninja/demon fusion... 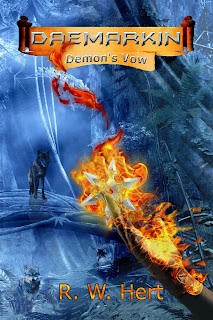 For as long as sixteen-year-old Zade can remember he’s dealt with the thing locked inside, another soul that can use his body...if he lets it.

As long as he stays away from the nearby villagers, he can control the soul’s strange powers—and its hunger—powers he needs to keep the encroaching creatures of the nether realm from finding the demon gate and destroying the valley where he lives.

But when Zade saves a village girl from monstrous wolves, he loses the one tool that aids his control: the villagers’ fear of him.

Now they won't leave him alone and his darker side is getting stronger—a side hungry for blood, and it doesn’t care if that blood is demonic or human.
Get your copy HERE. 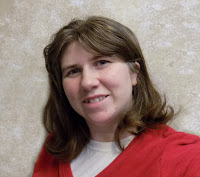 R. W. Hert spent her childhood dreaming of fairies and dragons, large battles filled with magic, and the impossible coming true. Books were a  portal that allowed her to visit the impossible and believe in the unlikely. Today she uses those dreams to create worlds that others can travel through and enjoy. Today she lives in Utah with her husband and three kids.

She really likes Asiago cheese and Swiss. You might run across her munching some while curled up on the couch watching a movie.

R.W. gave me two truths and one lie to test your "lie detector" skills. Those who figure out the lie will go into my magic hat for the chance to an eBook of DAEMARKIN, DEMON'S VOW! (Open Internationally.)

You have until Tuesday, February 9 at 1 p.m. EDT to guess. Be sure to come back for the answers on February 10.
TRUTH OR LIE

1. I climbed a waterfall barefoot and when I reached the top gorged myself on wild raspberries. Best raspberries I’ve ever had (and the most awesome climb I’ve ever done).
2. I ran over a mile in under 4 minutes because I thought I was being chased by a mountain lion.
3. I was dropped down a twenty foot hole and left to get out on my own.

ALSO, you have a chance to WIN MY BOOKS, along with R.W. Hert's. (My books are the 7th prize--see the dots below the prize announcement? Yup. A paperback of Soulless for US residents or eBook of MOONLESS and SOULLESS.) 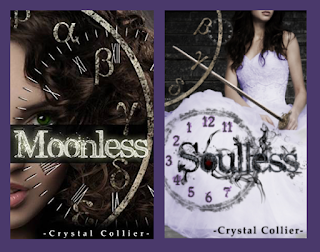 So sleuths, which is the lie? Are you missing someone this Valentines season? Do you like ninjas? How about demon stories?
Posted by Crystal Collier at 6:42 AM