You love giveaways, right? Well, as per usual (as of 2015), I've got a short free read for you AND an amazing giveaway.

Firstly, if you missed my announcement about Lightning Quick Reads, let me share again. IT'S A FLASH FICTION BLOG (stories that are 2000 words or less) with 100% free reads. This month has been all about love--whether love between family members, friends, or couples. How about a sample, eh?

The Kiss of Death by Crystal Collier

People crowded against the police perimeter to get a closer look at the twisted metal, broken cable and black smoke. Officers directed traffic away from the billowing wreck. Half the road was blocked by fire engines. Pictures snapped at the train-less overpass and demolished road below.

Miriam stood motionless in the middle of the wreck. High pressured streams of water spewed past in an attempt to quench the flames, blowing brown hair loosely across her face, spray spattering her smart black pants and crimson top. Water pooled in the ruined asphalt, soaking through her new Fendi heels.

She’d boarded the Metra half an hour ago with a copy of Glamour in one hand and coffee in the other. Her greatest worry had been lipstick smears on her teeth or embarrassing herself in front of steamy James Laughlin, again. She’d been excited to spend lunch proofreading the latest articles, or brownnosing with the boss…

A cheer echoed off the overpass.

She blinked. Water dripped from her spoiled business attire, waves of stick-straight hair hanging in her eyes. She brushed the mess back and turned.

Firefighters recoiled their hoses. White smoke drifted lazily up from around her feet and various other hotspots, stinging her nostrils with embers. A policeman’s whistle pierced her ears as he waved a line of honking cars down a side street. A done-up woman stood in front of a white van with a camera angled at the destruction around her. Another reporter stood half a block away, blabbing his take on the “accident,” a program Miriam would watch tonight, if she wasn’t…

She glanced at the overpass, its broken railing and crumbling cement. A gasp pulled her eyes to a sodden woman in her forties with running makeup and a super short skirt. The woman stared at the broken train rail, fuzzy hair hanging half down, the rest clinging to its bun.

Miriam remembered passing her as she moved to the back of the car, thinking it was a crime to wear anything so short…

Behind the woman stood a man in a tweed suit and buggy glasses. His jaw hung. Other disembodied souls filled her periphery, each motionless or in an early stage of realization. Some stared blankly into the distance. One woman had broken down sobbing over a blackened and water-logged lump.

Miriam’s eyes dropped to her feet. She swallowed. Remnants of a crimson silk blouse clung to the ashes--just like the one she was wearing. A metallic stench wafted up at her, mixed with a musky sweetness.

Her stomach clenched. The gag reflex started at the back to her throat. She bent over and dry heaved.

It was true. She was dead. Deceased. Over...

So any guesses how this could possibly turn into a love story?

And on to the super amazing giveaway!

Last week Jamie Ayres shared her brand new release, 18 THOUGHTS, along with two truths and one lie. Those who guessed the lie were entered into a random drawing for the chance to win her entire trilogy in eBook!

1. Jamie accidentally joined a religious cult for two weeks during her first year of college at the University of South Florida in Tampa.
2. For as long as she can remember, Jamie has always been an avid Star Wars Fan.
3. She was nominated by her senior class as Most Likely to Warn the World Aliens Are Coming.

#2. From all the references in her book, you'd think Jamie is a huge Star Wars fan. But her education of Star Wars did not begin until her first year of marriage, when the hubs took her to see Episode I the night it came out in theaters. 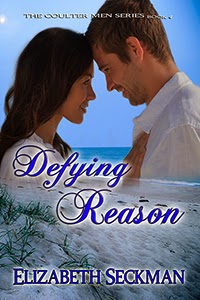 Jo graduated college top of her class, moving toward a future full of possibilities.

Tanner dropped out of college, trading a law degree for drinking games and one night stands.

A family crisis throws the rich party boy and the poor genius girl together. The attraction is immediate, though neither one is a heart-in-the-sand-drawing believer in true love. But as the summer sun heats up along the shores of the Outer Banks, so does the connection between them. Maybe, just maybe, they can win at love by defying reason.


Ready to meet this fabulous and incredibly generous author? (Seriously, she deserves a cheese badge. Yup. She's that amazing.)

Elizabeth Seckman is a wife, a mom, and a believer in dreams. She is a multi-published author and the best-seller on her street. There may not be any other writers on her street, but that doesn’t matter. She still outsells them all.

She doesn't have a favorite cheese, but loves them all equally, even with jam. And she would eat cheese anywhere, be it land, sea, or cheesy air. Hold the questions, but never the cheese. That you pile on as high as you please!
Elizabeth gave me two truths and one lie to test your "lie detector" skills. Those who figure out the lie will go into my magic hat for the chance to win a SIGNED copy of DEFYING REASON and a SWAG PACK including bookmarks, pens, and a necklace. (In honor of my coming baby, it's a kind of baby shower prize pack.) (Open internationally.) 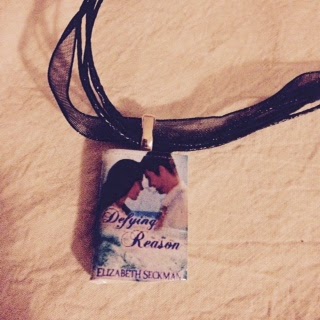 You have until Tuesday, March 3 at 1 p.m. EDT to guess. Be sure to come back for the answer on March 4.

(Because I'm in the final stages of baby making, Elizabeth decided to share some of her baby facts.)

1. When Boy #4 was born, Elizabeth had a condition known as precipitous labor (or speedy labor). From start to finish, his labor lasted three hours. It was so short, they didn’t even have time to get to the hospital, so he was born on the living room floor.
2. When Boy #3 was born, he was as big as a modest Thanksgiving turkey. That made Elizabeth a freak in the hospital- even the kitchen staff stopped by to meet the woman who had the eleven pounder naturally.
3. When Boy #2 was born, his name was going to be Colby (like the cheese!), but Elizabeth's mother-in-law loved that named and disliked the name Cole. And she brought Elizabeth's husband a Big Mac (which he didn’t even offer to share!) to the hospital and not her, so she named the baby Cole.
So which is the lie? Do you like love stories? (Even slightly morbid ones?) Did you read my LQR story and leave me a comment? Have you met Elizabeth before?
Posted by Crystal Collier at 8:00 AM