Some of you may have heard me ranting about my happy, happy news that we're FINALLY expecting. Our youngest is now 8, and we've been trying for a while, so this is a HUGE thing for us. It's even more huge in the fact that my daughter has been begging me for a little brother or sister for forever.

So my happy news today, we finally know what we're expecting: 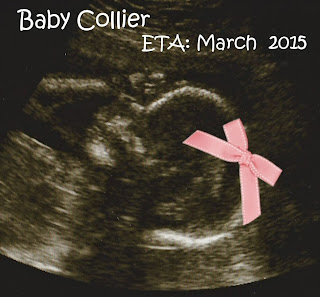 Last week, Kai Strand shared WORTH THE EFFORT, AYDEN'S STORY with us, along with two truths and one lie. Those who guessed the lie correctly were entered into a random drawing for the chance to win an eBook.

2. She considers herself a scorpion queen, because they tend to appear wherever she is. Yes, it's as creepy as it sounds.
3. She came down with the flu and missed being crowned Prom Queen.
And the lie is:

#3. Kai did not miss out on being Prom Queen due to an ill-timed sickness. She did, however, played the part of a Venus Flytrap and is plagued by the appearance of scorpions. 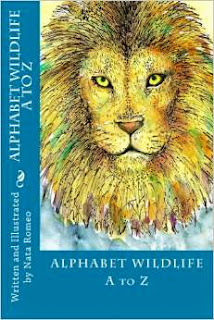 Alphabet Wildlife A to Z is a beautifully hand-illustrated book where children learn of many different animals that begin with the letters in the alphabet.

This book introduces young readers to a variety of animals, many of which are unknown to people. 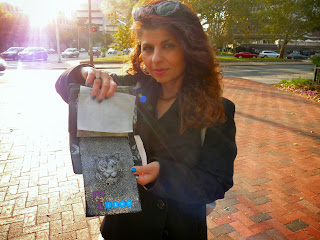 Nata Romeo a.k.a ArtistaDonna, is the author and illustrator of her first children's book, titled Alphabet Wildlife A to Z. Originally from Toronto, Canada, she now brews and sprinkles her art and stories from the Philadelphia skies. She dreams that her work gets swept up and tangled into a massive storm front so that her world can travel across the universe and beyond!

Nata's favorite cheese is blue cheese. Since she's the only one in her family who really appreciates this delicious cheese, she ends up adding it to just about anything she eats.

UNLIKE NORMAL, Nata gave me two LIES and one TRUTH to test your "lie detector" skills. Those who figure out the TRUTH will go into my magic hat for the chance to win an Amazon eBook of ALPHABET WILDLIFE A-Z. How awesome is that?

You have until Tuesday, November 18, at 1 p.m. EDT to guess--and be sure to come back for the answer on November 19.

1. Nata has traveled to Mars to study Alientology, she now speaks fluent Alien languages.
2. Thanks to the Aliens, Nata is now a prodigy in Polyglotism.
3. Nata enjoys writing and illustrating. She has conversations with her characters on a daily basis.
So which is the TRUTH? Have you ever had to wait a REALLY long time for something you wanted badly? If so, what?
Posted by Crystal Collier at 8:00 AM