I know I said my Fridays were done, and so are my Mondays, but I COULDN'T RESIST!!!! I've been aching to shout about Ashley Nixon's upcoming release for a while now, and well, it's official. She'll be in print April, 2014! Yay!

So have you seen this stunning cover? 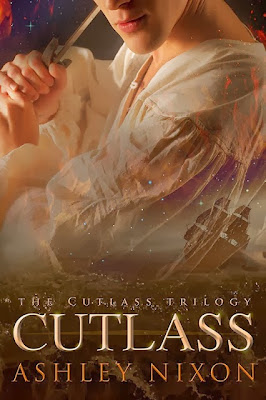 It sets my imagination on fire! (Especially the sparkles) And the blurb...

Ready for some shameless (and really stupid) pirate jokes?

Yeah, I know, they were bad, but they were chocked full of CHEESE. =)

Anyhow, a quick reminder, sign up for my PHYSICAL book release blogfest HERE (DO IT NOW!!!) and in the spirit of rebellion, I'll be reviewing my good friend, Susan Oloier's newest release on Monday. But after that, it's Wednesdays only, I swear! (Okay, maybe I don't because I don't swear, but I do solemnly vow...uh...to not break my expected new schedule...much.)

What's the best pirate joke you've ever heard? Have you read any pirate books you enjoyed?
Posted by Crystal Collier at 8:00 AM