How to Find Happiness A-Z: M

Is anyone else out there super picky about what they listen to? 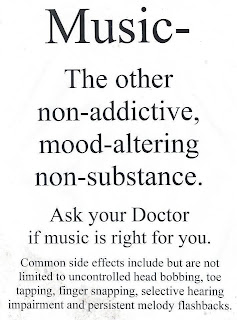 I'm a Music snob. No, I don't mean I turn my nose up at different types of music, but it only takes hearing something once for it to be permanently embedded in my brain, like it or not. There are perks to this hyper-sensitivity--such as being able to compose/harmonize/alter melodies on the fly. It also means I can only take so much external sound before going 100% bonkers. 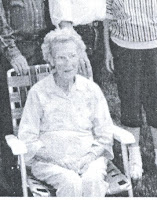 The Johnsons could only afford to teach one child piano. My great grandmother learned how to play from listening to her brother's lessons. She'd sit down after he'd finished, and practice everything he'd just learned--driving him insane. I get my love of music from her. She said, "Music is poetry of the soul." Wise woman, that. I'll add, "Music is the purest form of expression."

In movies, music is used or omitted to create the feel of the scene. My husband and I once owned an audio/visual company, and we were once asked to help with a project made by several young men. Right at the heart of their film, they'd recorded an intense battle scene. You'd expect us to use the most exciting, rage-inducing soundtrack for the scene, but no. My hubby selected a slow, melodramatic piece. The result was amazing. Instead of being a crazy war, the scene became a heart-rending, soul-tweaking fight for survival. Amazing.

Just like that underscore changed the scene's mood, we have the power to change our mood in any scene of our lives. All we have to do is load the right track. If you're longing for more calm in your life, find the music that soothes your soul and plug it in. If you're feeling depressed, find something with some energy. If you're overwhelmed, seek something that communicates simplicity.

I'm over a large children's organization in church, and this is one of the songs we sing regularly:


Is anyone else out there an hyper-sensitive to sound? What is your favorite type of music? Are there any songs you use as a pick-me-up?
Posted by Crystal Collier at 8:00 AM

Labels: A-Z Challenge, Happiness, Happiness A-Z, How to find happiness, how to overcome depression, Music, Sofe Wasden Johnson, the power of music
Email ThisBlogThis!Share to TwitterShare to FacebookShare to Pinterest