Made of Awesome Blog Contest

They come in twos.

I swear this is the last blog contest I'm going to enter for a while, but this one by Shelley Watters is all about strengthening the first 250 words of a completed novel, and I have one story with 4 different beginnings that could really use a few external opinions.

Title: Dark Moon, 90K words
Genre: YA Historical Fantasy
Blurb:
Devonshire 1768. Noble-born Alexia has never been “attractive.” Far from. Avoiding Father’s push toward betrothal (before the unfortunate prospectives catch sight of her and think better) has been the only concern of her dull existence…until the night she meets him, the night she witnesses an unbelievable murder, the night her own impossible beauty stares back from the mirror, the night she realizes her entire life is a facade. Now she has a choice: step blindly into the unknown, toward him, or spend the rest of mortality wondering about red-eyed wraiths on moonless nights.
I pushed myself off the ground. Dizziness rushed upon me in waves. The swelling in my ankle had returned, only now it throbbed in agony.

The hedges guarding the house from the road blotted Miles from view. He wouldn’t return even if I screamed for him, and I had to return to the house, to safety.
I turned.
A shrouded form stood between me and the lighted doorway. I fumbled backward, staggered, tripped on my skirts, and rolled.
Another creature appeared from around the side of the house, black robes limp in the absence of a breeze. More raven forms surfaced in the night following the first, murderous eyes, a great rolling tide of black.
I had only one course to follow.
Scrambling blindly away on hands and knees, I veered to my right, to the left, landing on my elbows, tearing my skirts.
Why hadn’t they overtaken me? They could move so much faster! Did they enjoy my flight? Perhaps they mocked me with the hope I might escape?
I lunged between gateposts that marked Father’s property and froze.
Multiple crimson pupils burrowed into me from the wooded shadows—hungry, piercing. How many? Forty maybe?
Miles stood only a couple paces ahead of me, whimpering in terror.
They circled us, eyes crushing down.
This is how it would end. I had seen it a hundred times in the prophetic nightmare, but never wanted to believe…
Thank you for reading! Suggestions?
Oh yes, before I forget...now for the random cheese fact of the week: Did you know there are over 1000 types of cheeses in the world? In fact, there are 400 types of French cheese alone. 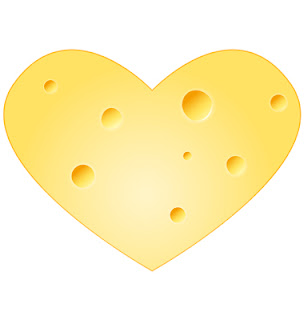 Anyone who would like to read the final entries to this contest, go here.
Posted by Crystal Collier at 12:22 PM